The ClearML Logger class is used to report experiments' results such as metrics, graphs, and debug samples. It is provided through the ClearML Task object.

A Logger object is used to do the following:

ClearML automatically captures metrics reported to leading visualization libraries, such as TensorBoard and Matplotlib, with no additional code necessary.

In addition, ClearML will capture and log everything written to standard output, from debug messages to errors to library warning messages. 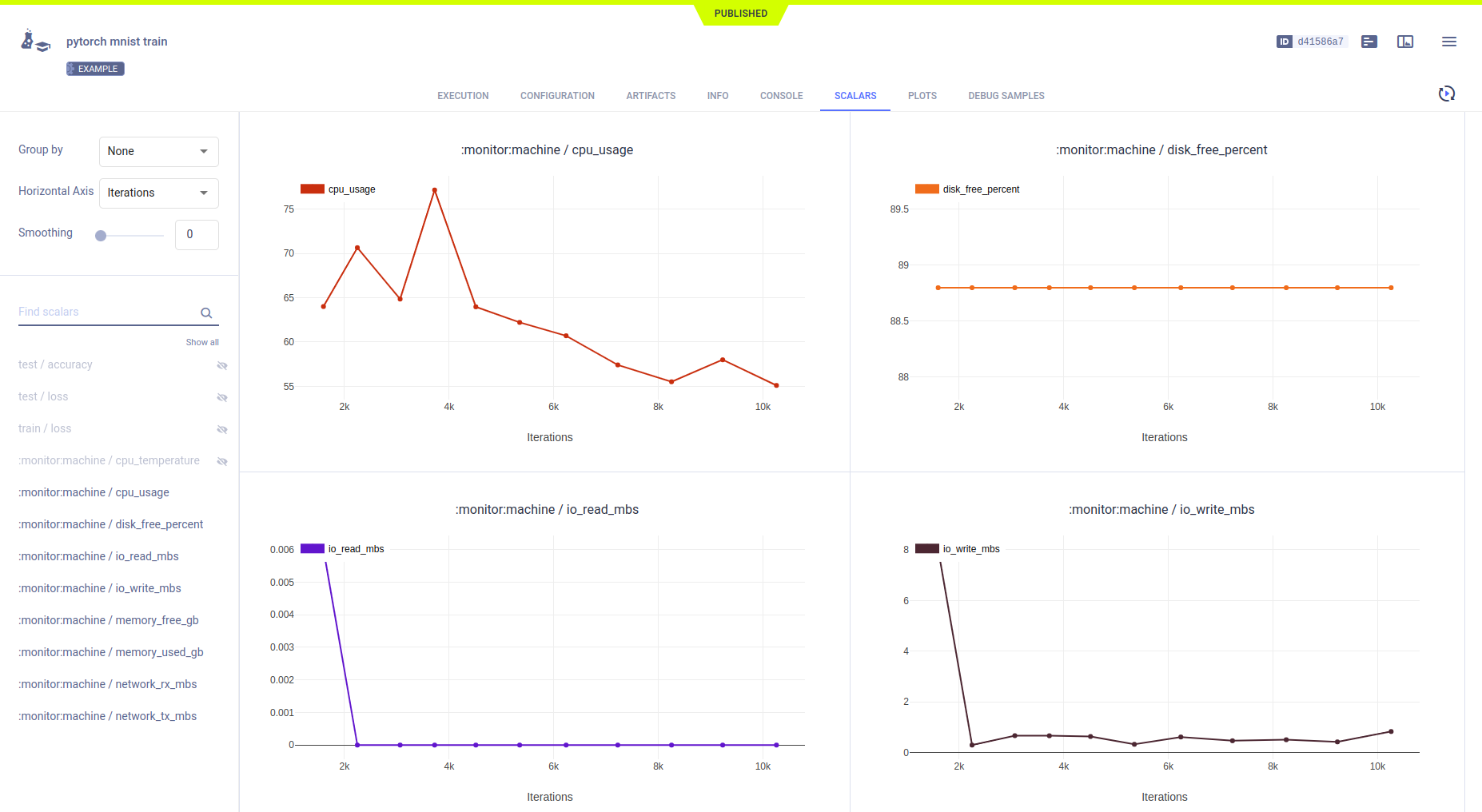 Check out some of ClearML's automatic reporting examples for supported packages:

ClearML also supports manually reporting multiple types of metrics and plots, such as line plots, histograms, and even plotly charts.

ClearML also supports reporting media (such as audio, video and images) for every iteration. This section is mostly used for debugging. It's recommended to use artifacts for storing script outputs that would be used later on.

Only the last X results of each title / series are saved to prevent overloading the server. See details in Logger.report_media. 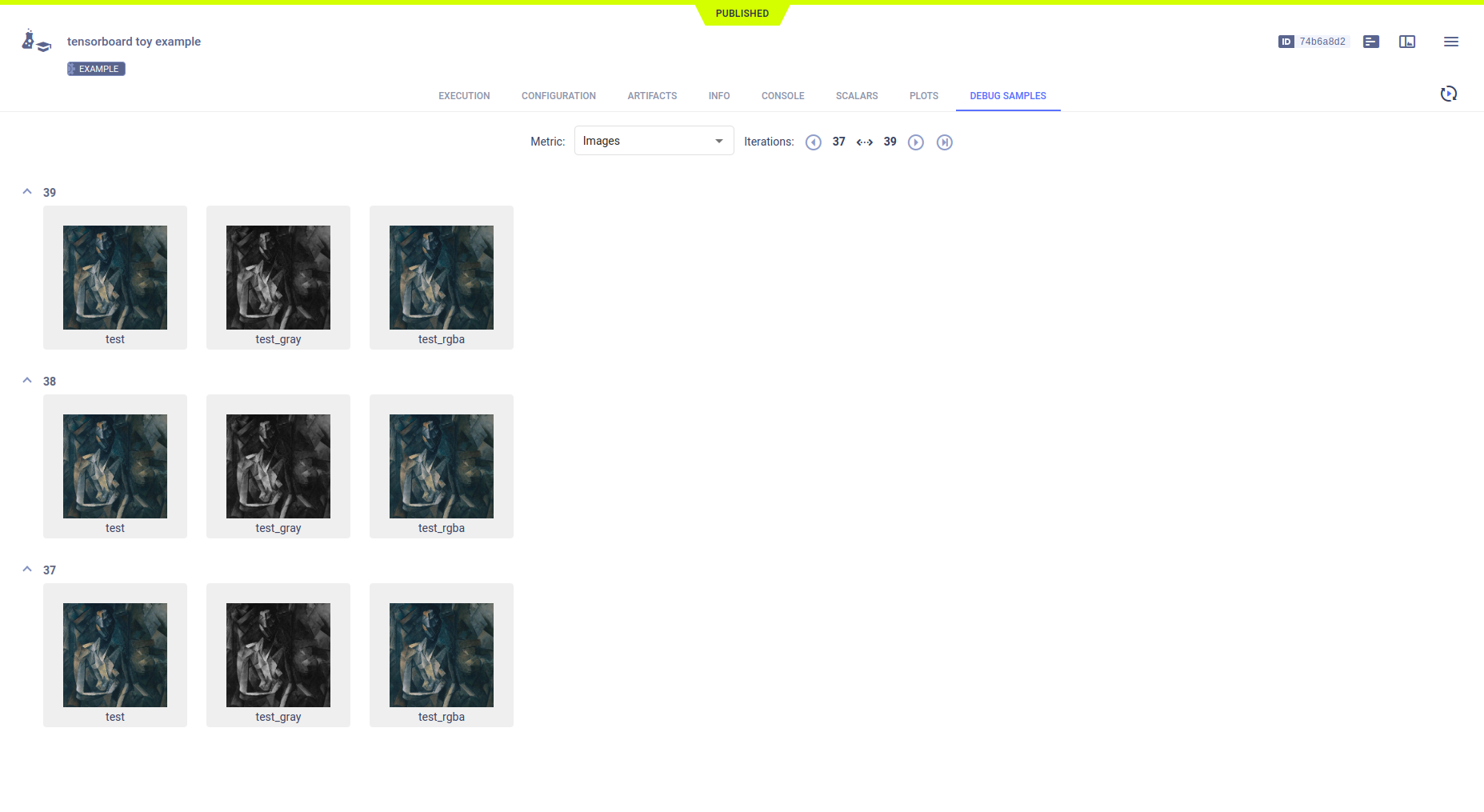 Set the default storage URI for uploading debug samples using the Logger.set_default_upload_destination method. The debug samples are uploaded separately. A link to each sample is reported.

Credentials for the destination storage are specified in the ClearML configuration file.