Pipelines are a way to streamline and connect multiple processes, plugging the output of one process as the input of another.

ClearML Pipelines are implemented by a Controller Task that holds the logic of the pipeline steps' interactions. The execution logic controls which step to launch based on parent steps completing their execution. Depending on the specifications laid out in the controller task, a step's parameters can be overridden, enabling users to leverage other steps' execution products such as artifacts and parameters.

When run, the controller will sequentially launch the pipeline steps. The pipeline logic and steps can be executed locally, or on any machine using the clearml-agent. 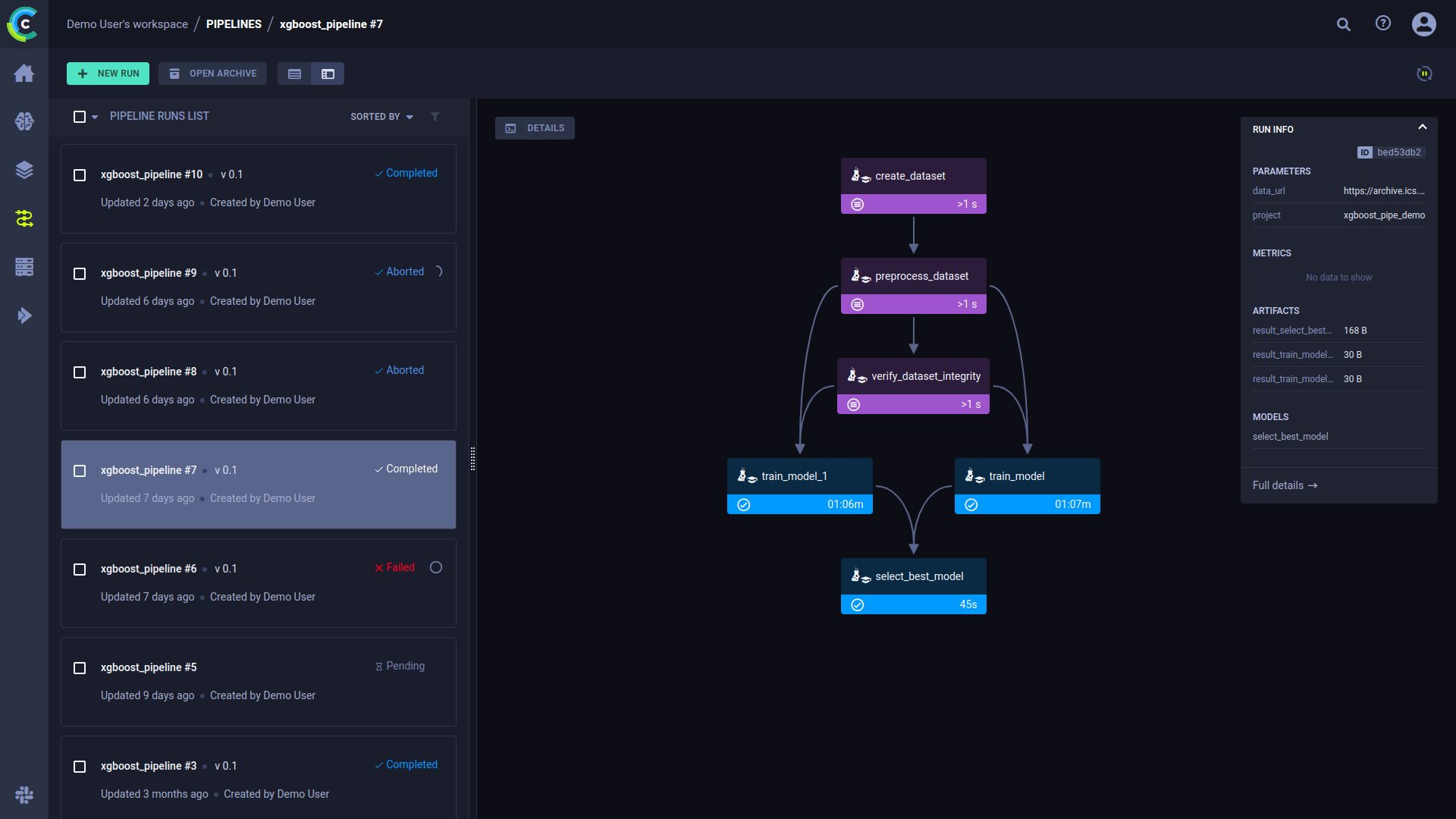 The Pipeline Run page in the web UI displays the pipeline’s structure in terms of executed steps and their status, as well as the run’s configuration parameters and output. See pipeline UI for more details.

ClearML pipelines are created from code using one of the following:

When the pipeline runs, corresponding ClearML tasks are created for the controller and steps.

Each pipeline step can log additional artifacts and metrics on the step task with the usual flows (TB, Matplotlib, or with ClearML Logger). To get the instance of the step’s Task during runtime, use the class method Task.current_task.

When a step is cached, the step code is hashed, alongside the step’s parameters (as passed in runtime), into a single representing hash string. The pipeline first checks if a cached step exists in the system (archived Tasks will not be used as a cached instance). If the pipeline finds an existing fully executed instance of the step, it will plug its output directly, allowing the pipeline logic to reuse the step outputs.

Callbacks can be utilized to control pipeline execution flow. A callback can be defined to be called before and / or after the execution of every task in a pipeline. Additionally, you can create customized, step-specific callbacks.

Each pipeline must be assigned a version number to help track the evolution of your pipeline structure and parameters.