The pytorch_tensorboardX.py example demonstrates the integration of ClearML into code that uses PyTorch and TensorBoardX.

The script does the following:

The loss and accuracy metric scalar plots appear in the experiment's page in the ClearML web UI, under SCALARS. The also includes resource utilization plots, which are titled :monitor: machine. 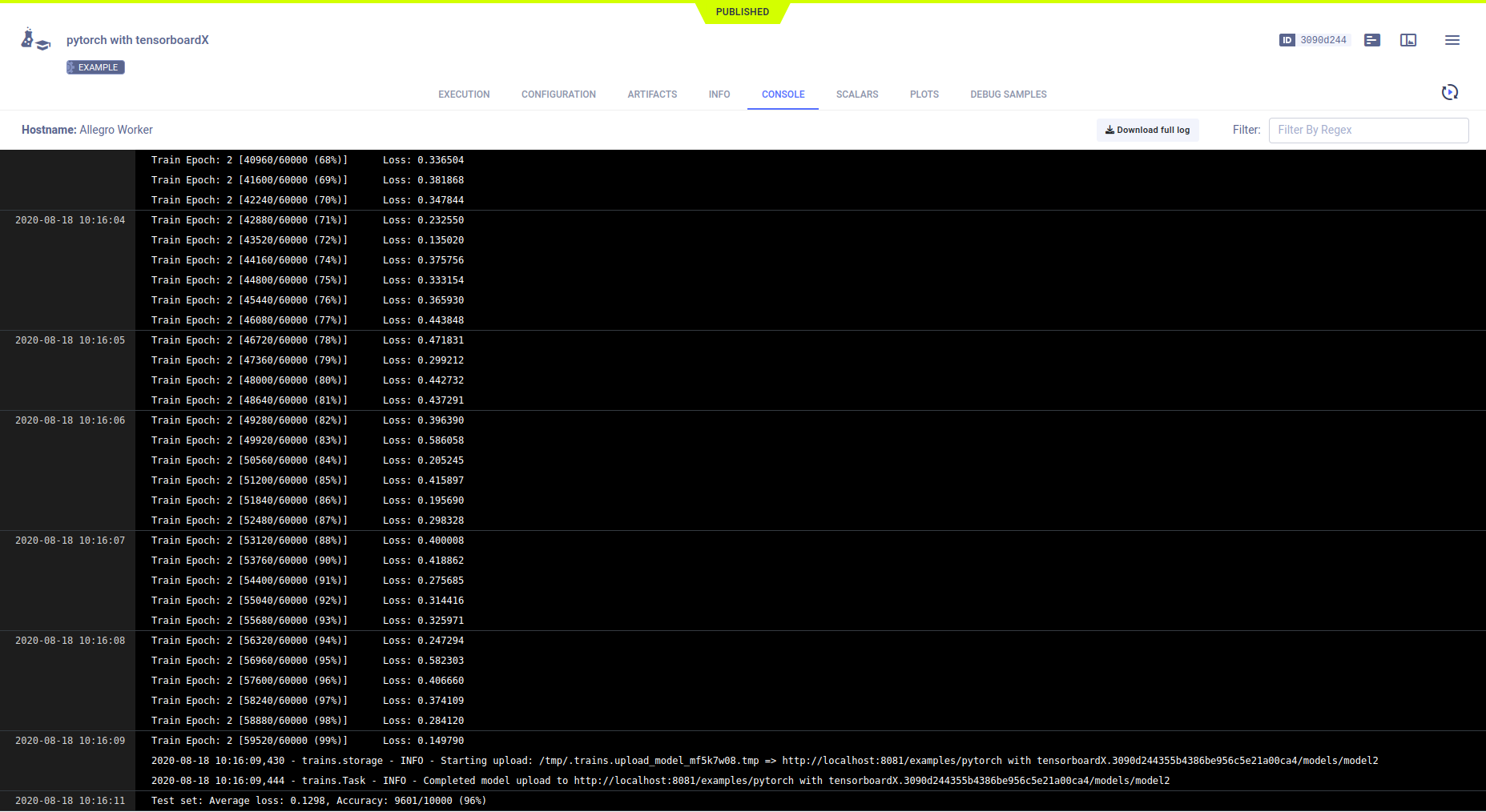 Models created by the experiment appear in the experiment’s ARTIFACTS tab. ClearML automatically logs and tracks models and any snapshots created using PyTorch.