Models are stored in ClearML as experiment artifacts, but unlike other artifacts that are dependent on their creating task, models are independent entities with their own unique ID. Models can be accessed directly with a model object or indirectly via their creating task. This property makes Models a standalone entry that can be used as an artifactory interface.

Once integrated into code, ClearML automatically logs and tracks models and any snapshots created by the following frameworks:

When a supported framework loads a weights file, the running task will be automatically updated, with its input model pointing directly to the original training task's model.

Output models are read-write so weights can be updated throughout training. Additionally, users can specify a model's network design and label enumeration. Once an output model is registered, it can be used as the input model for another experiment.

The snapshots of manually uploaded models aren't automatically captured, but ClearML provides methods to update them through a Task or OutputModel object.

In the ClearML's web UI, model information can be located through a project's Model Table or through the model's creating task.

Models associated with a task appear in the task's ARTIFACTS tab. To see further model details, including design, label enumeration, and general information, click the model name, which is a hyperlink to the model's detail page.

Models can also be accessed through their associated project's Model Table, where all the models associated with a project are listed. 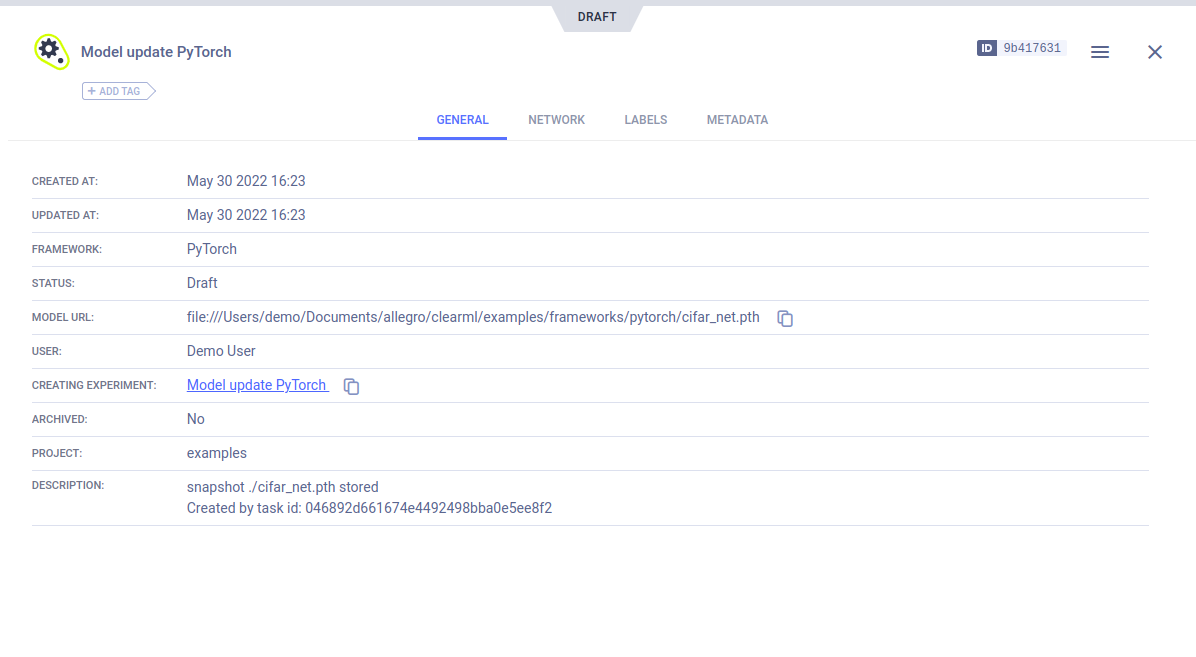 See the Models SDK interface for an overview for using the most basic Pythonic methods of the model classes. See a detailed list of all available methods in the Model, OutputModel, and InputModel reference pages.