The dataset page lists the dataset's versions. For a selected version, the Dataset Version Panel shows its lineage in graph form.

Each node in the graph represents a dataset version, and shows the following details:

On the right side of the dataset version panel, view the VERSION INFO which shows: 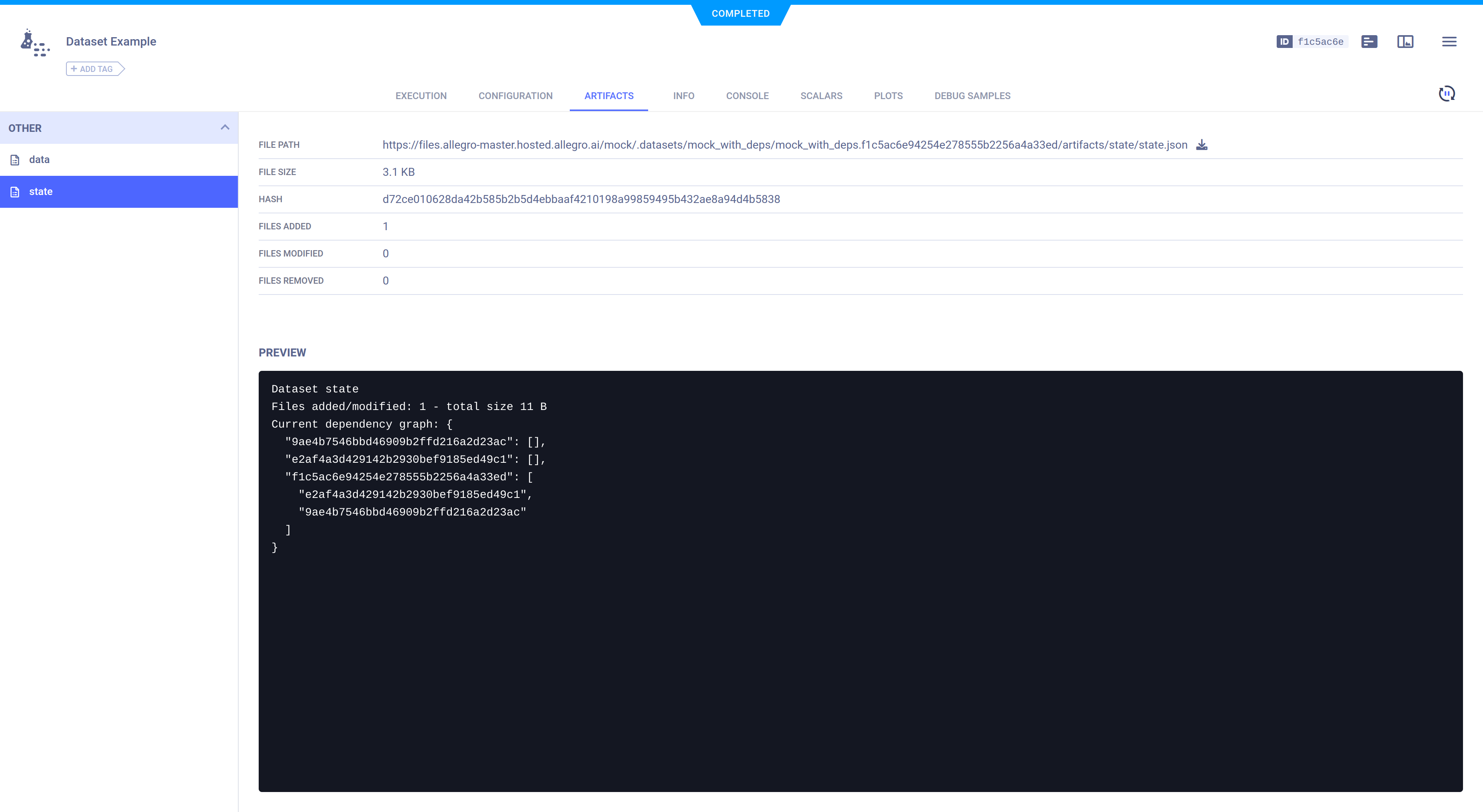 To view the information for any version in the lineage graph, click its node, and the VERSION INFO panel displays that version's details.

to on the content panel header to view the panel in full screen.

The following table describes the actions that can be done from the dataset versions list.

The actions mentioned in the chart above can be performed on multiple versions at once. Select multiple versions, then use either the context menu, or the bar that appears at the bottom of the page, to perform operations on the selected versions.

Click the checkbox in the top left corner of the list to select all items currently visible.

An extended bulk selection tool is available through the down arrow next to the checkbox in the top left corner, enabling selecting items beyond the items currently on-screen: