Use ClearML’s GUI Applications to manage ML workloads and automatically run your recurring workflows without any coding. 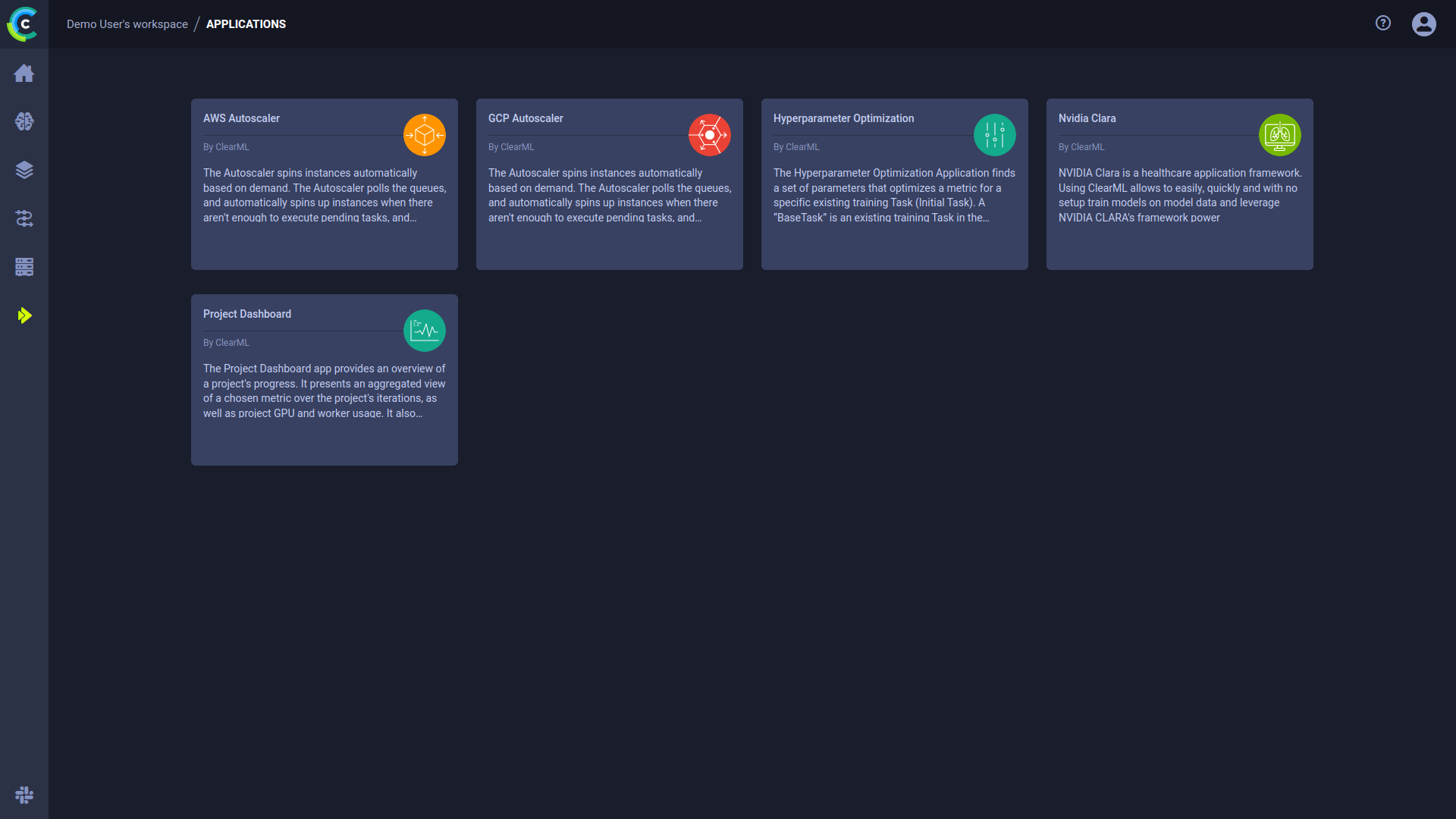 Configure and launch app instances, then track their execution from the app dashboard.

Each application’s page is split into two sections: 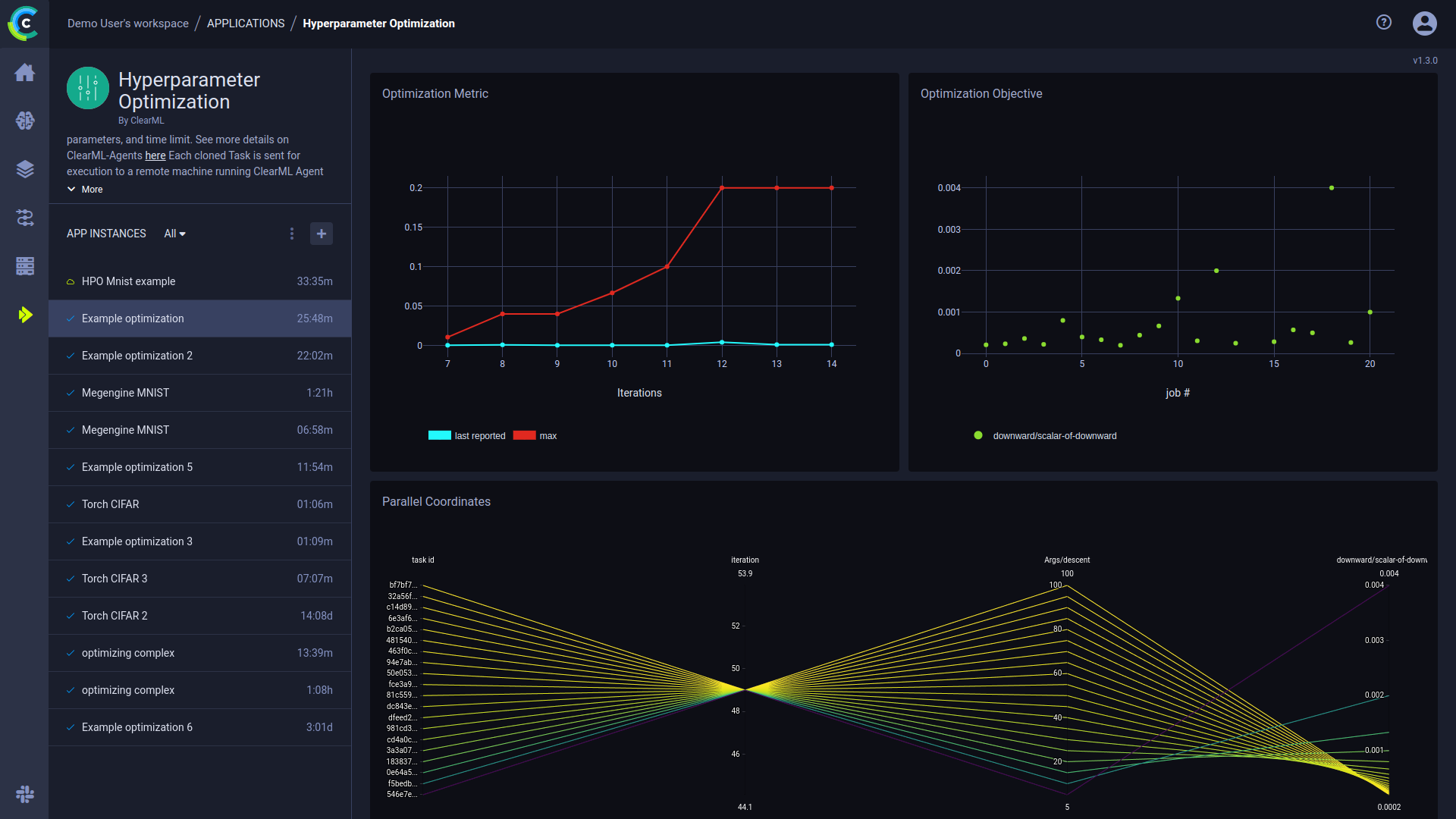 You can also launch an app instance with the configuration of a previously launched instance:

The prefilled configuration wizard can be edited before launching the new app instance.

Access app instance actions, by right clicking an instance, or through the menu button 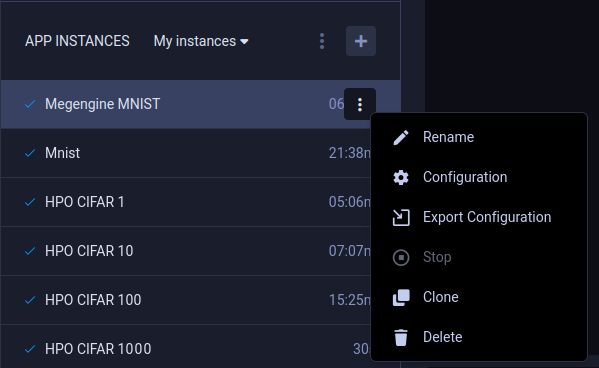