The AWS Autoscaler Application optimizes AWS EC2 instance usage according to a user defined resource budget: define your budget by specifying the type and amount of available compute resources.

Each resource type is associated with a ClearML queue whose status determines the need for instances of that resource type (i.e. spin up new instances if there are pending jobs on the queue).

When running, the autoscaler periodically polls your AWS cluster. The autoscaler automatically terminates idle instances based on a specified maximum idle time, or spins up new instances when there aren't enough to execute pending tasks in a queue (until reaching the defined maximum number of instances). You can add an init script, which will be executed when each instance is spun up. 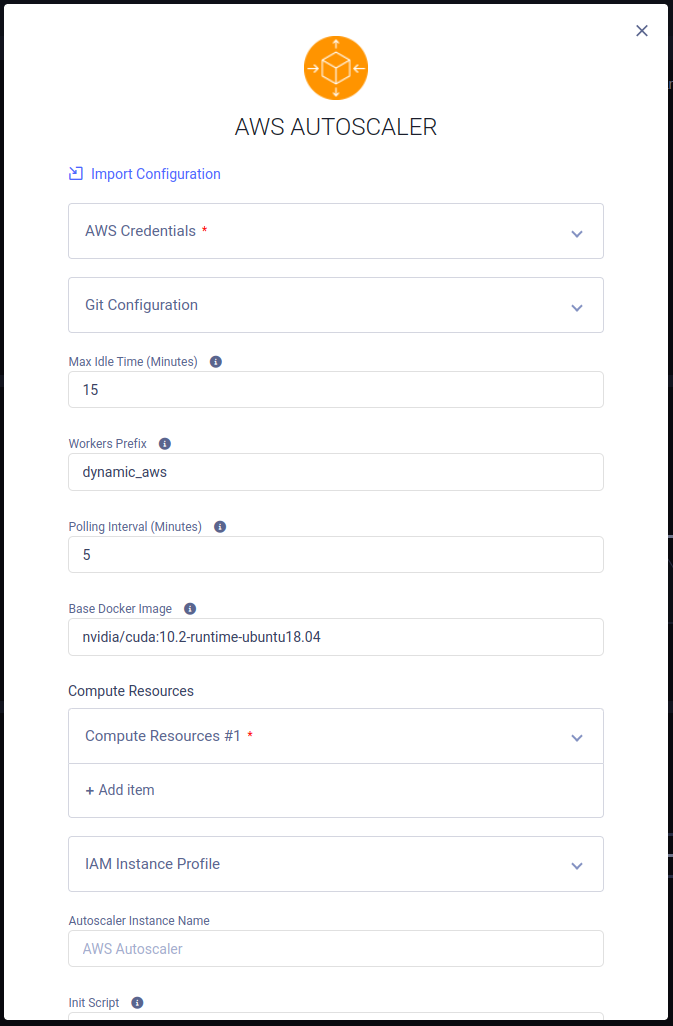 You can utilize the configuration vault to globally add your AWS credentials in the following format:

Once an autoscaler is launched, the autoscaler's dashboard provides information about available EC2 instances and their status. 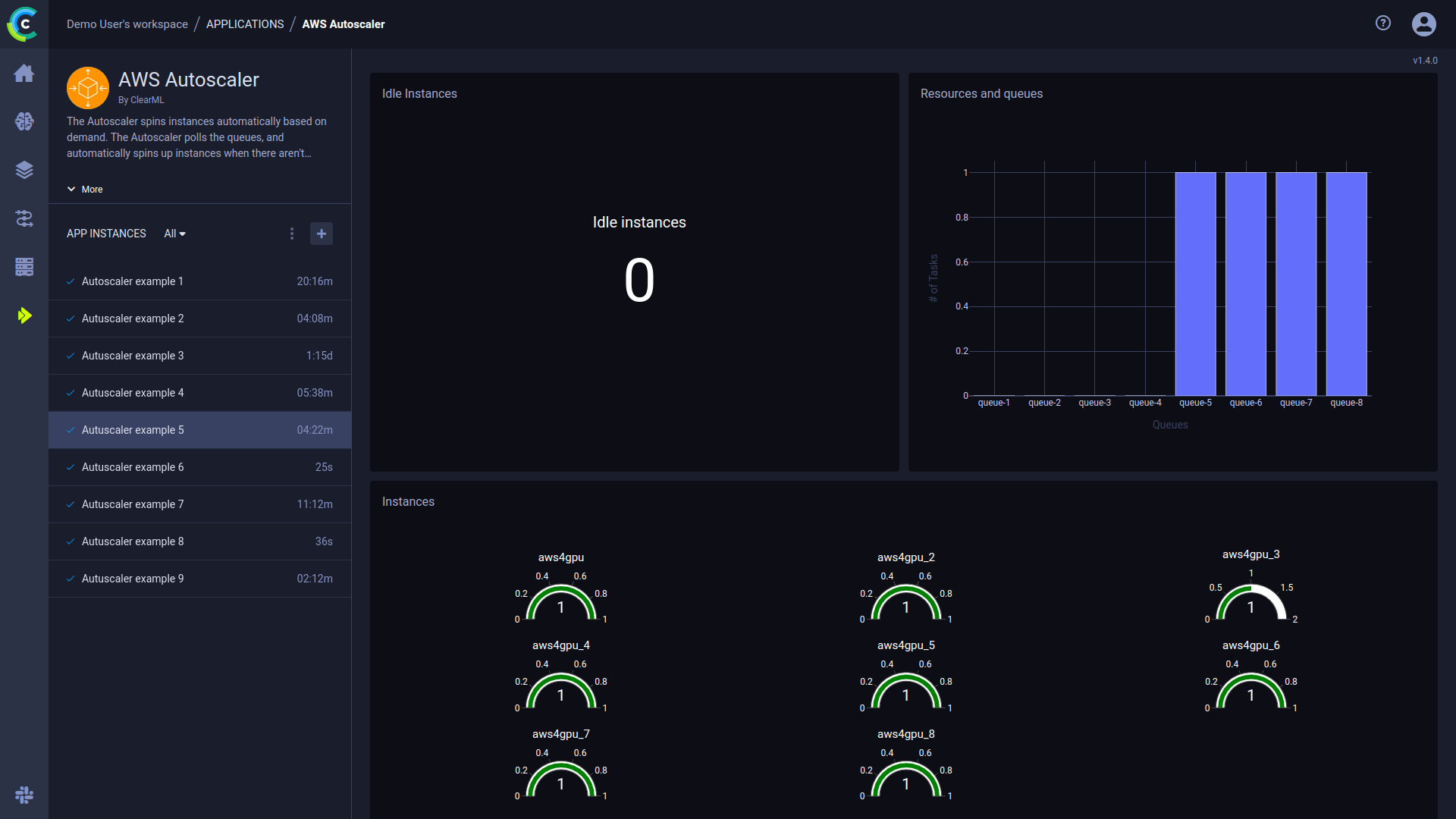 The autoscaler app accesses your AWS account with the credentials you provide.

You will need to create an AWS policy which grants the autoscaler app the required access privileges, attach the policy to an IAM user, and create credentials keys for that user to configure in the autoscaler app: