The using_artifacts_example script demonstrates uploading a data file to a task as an artifact and then accessing and utilizing the artifact in a different task.

When the script runs it creates two tasks, create artifact and use artifact from other task, both of which are associated with the examples project. The first task creates and uploads the artifact, and the second task accesses the first task’s artifact and utilizes it.

The first task uploads a data file as an artifact using the Task.upload_artifact method, inputting the artifact’s name and the location of the file.

The task is then closed, using the Task.close method, so another task can be initialized in the same script. 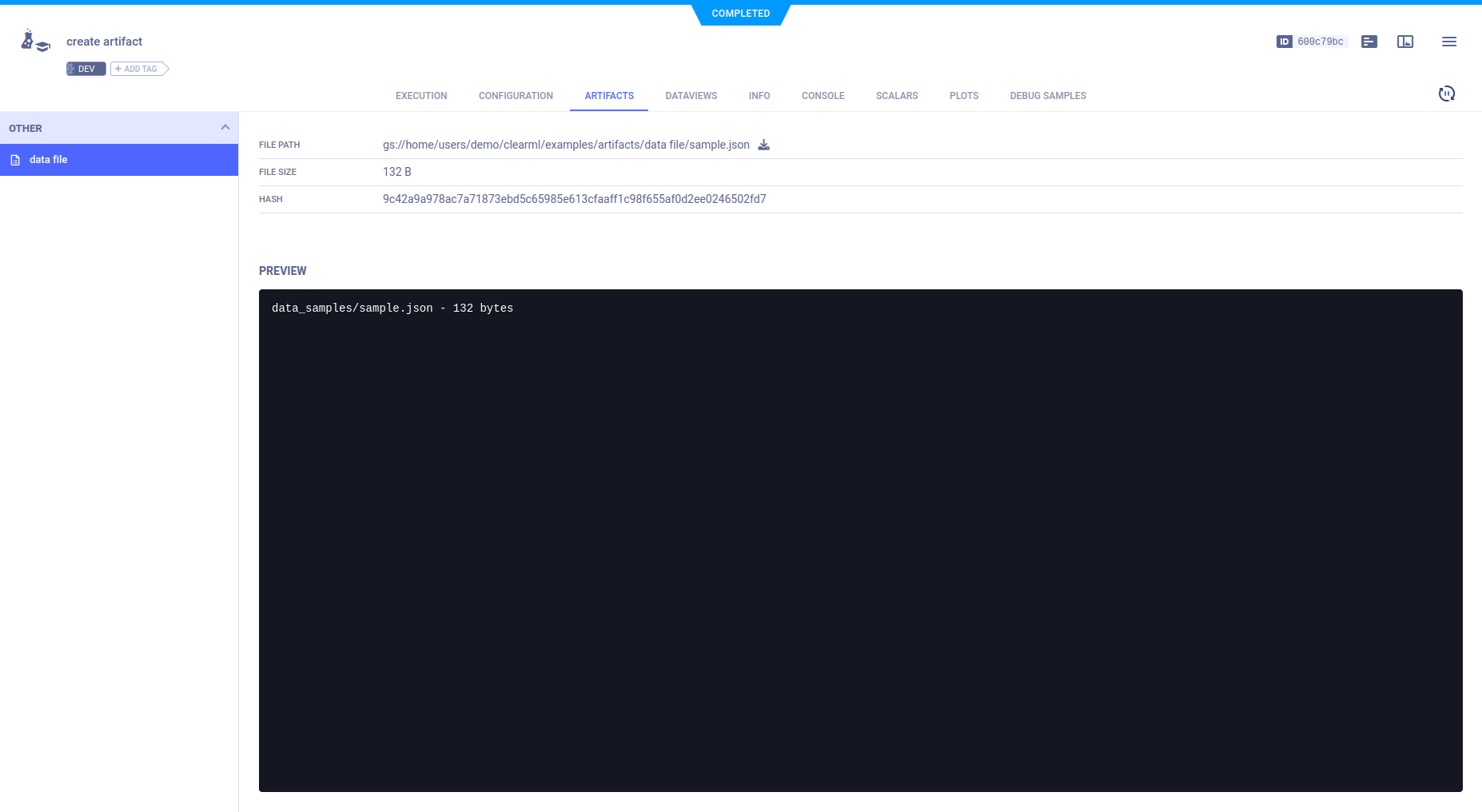 After the second task is initialized, the script uses the Task.get_task class method to get the first task and access its artifacts, specifically the data file artifact. The get_local_copy method downloads the files and returns a path.

ClearML manages a cache of all downloaded content, so the code won't download the same data multiple times. See Caching for configuration options.

Task 2 then reads the contents of the downloaded artifact and prints it to screen.