The feature importance plot and tree plot appear in the project's page in the ClearML web UI, under PLOTS.

All other console output appear in CONSOLE.

Models created by the experiment appear in the experiment’s ARTIFACTS tab. ClearML automatically logs and tracks models and any snapshots created using XGBoost.

Clicking on the model's name takes you to the model’s page, where you can view the model’s details and access the model. 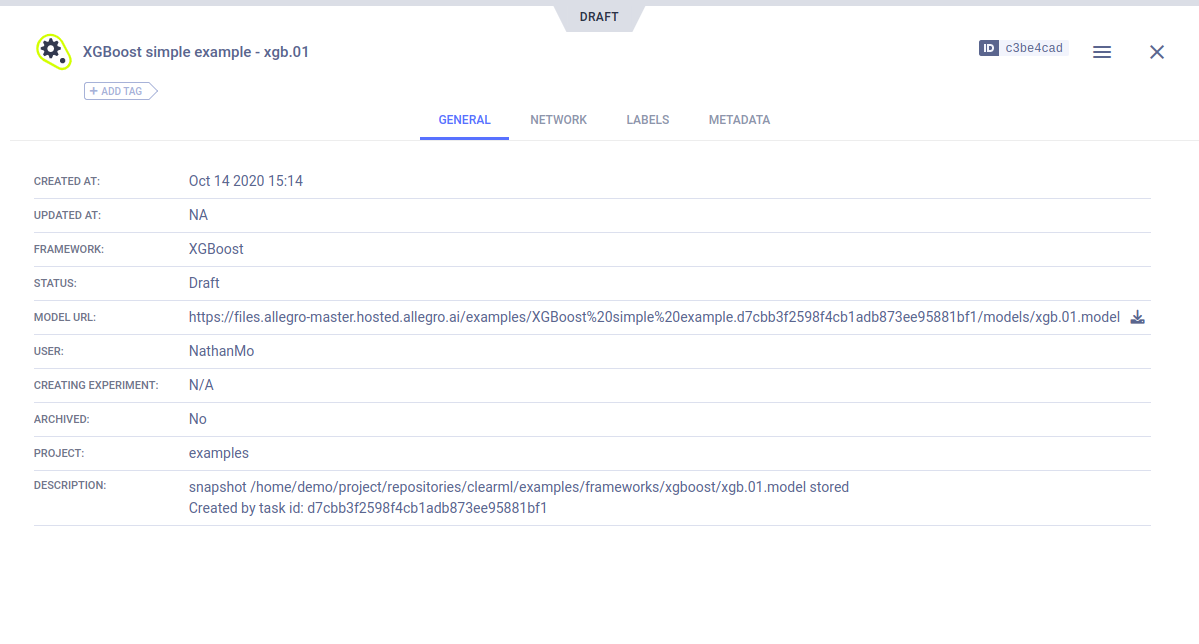