The xgboost_metrics.py example demonstrates the integration of ClearML into code that uses XGBoost to train a network on the scikit-learn iris classification dataset. ClearML automatically captures models and scalars logged with XGBoost.

When the script runs, it creates a ClearML experiment named xgboost metric auto reporting, which is associated with the examples project.

ClearML automatically captures scalars logged with XGBoost, which can be visualized in plots in the ClearML WebApp, in the experiment's SCALARS tab.

ClearML automatically captures the model logged using the xgboost.save method, and saves it as an artifact.

To view the model details, click the model name in the ARTIFACTS page, which will open the model's info tab. Alternatively, download the model. 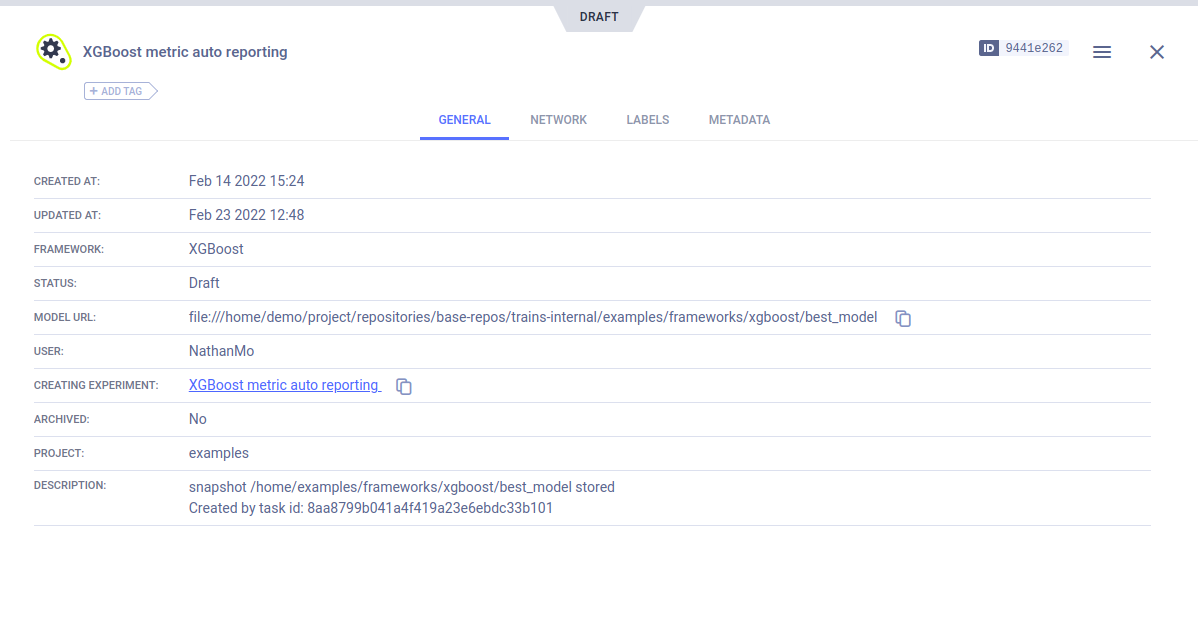 All console output during the script’s execution appears in the experiment’s CONSOLE page.