The pytorch-lightning script demonstrates the integration of ClearML into code that uses PyTorch Lightning.

The example script does the following:

The test loss and validation loss plots appear in the experiment's page in the ClearML web UI under SCALARS. Resource utilization plots, which are titled :monitor: machine, also appear in the SCALARS tab. All of these plots are automatically captured by ClearML. 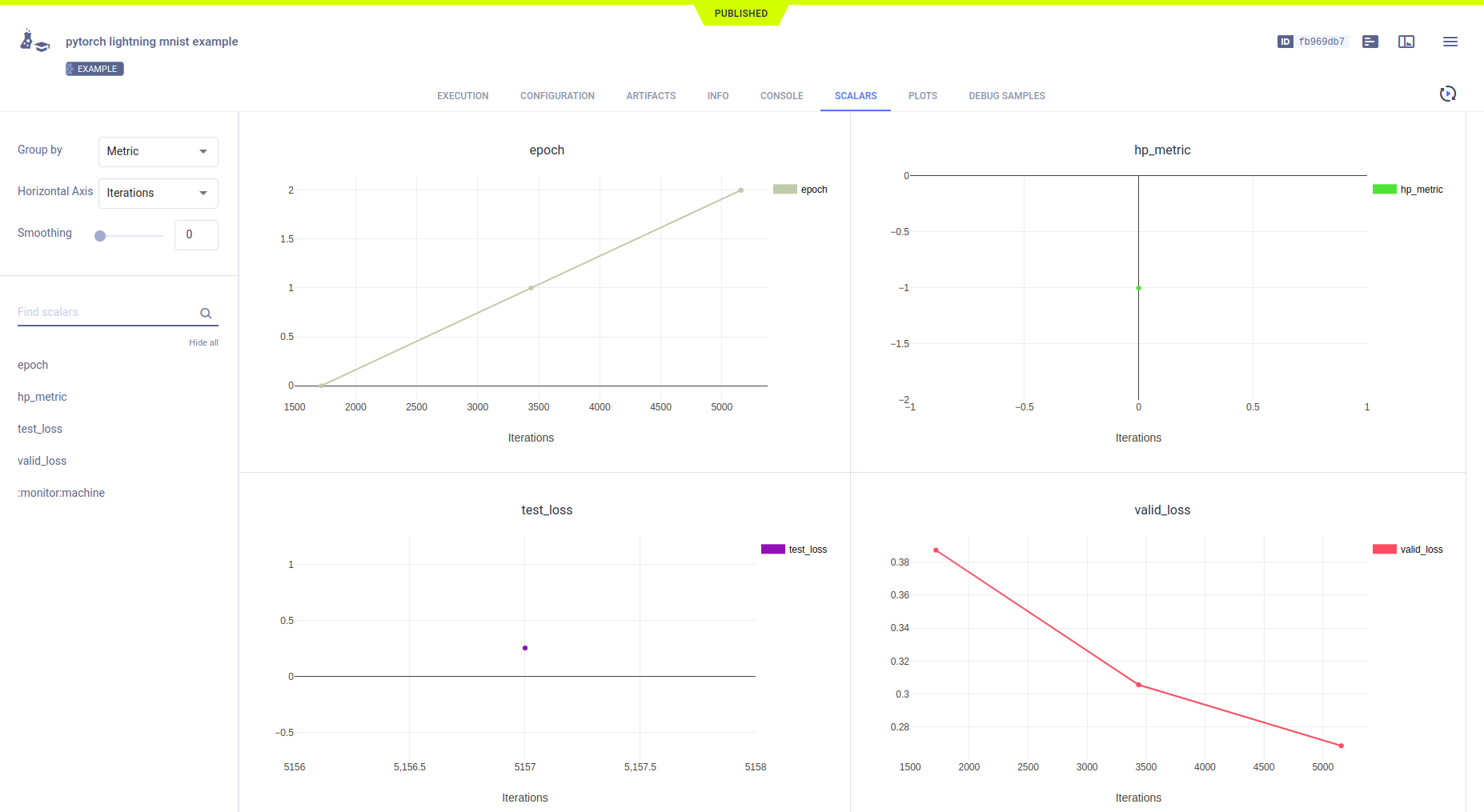 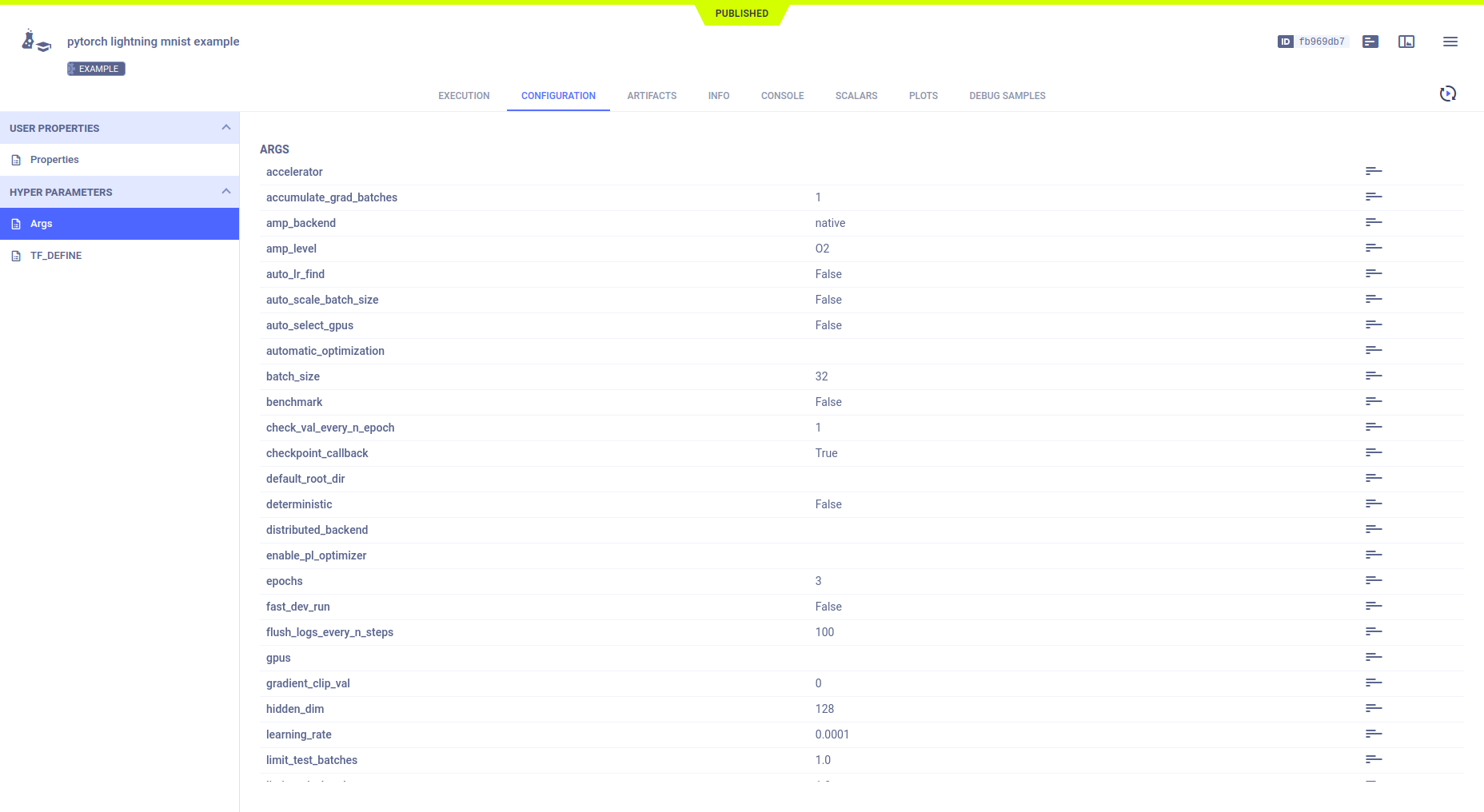 Clicking on a model name takes you to the model’s page, where you can view the model’s details and access the model.

All other console output appears in CONSOLE. 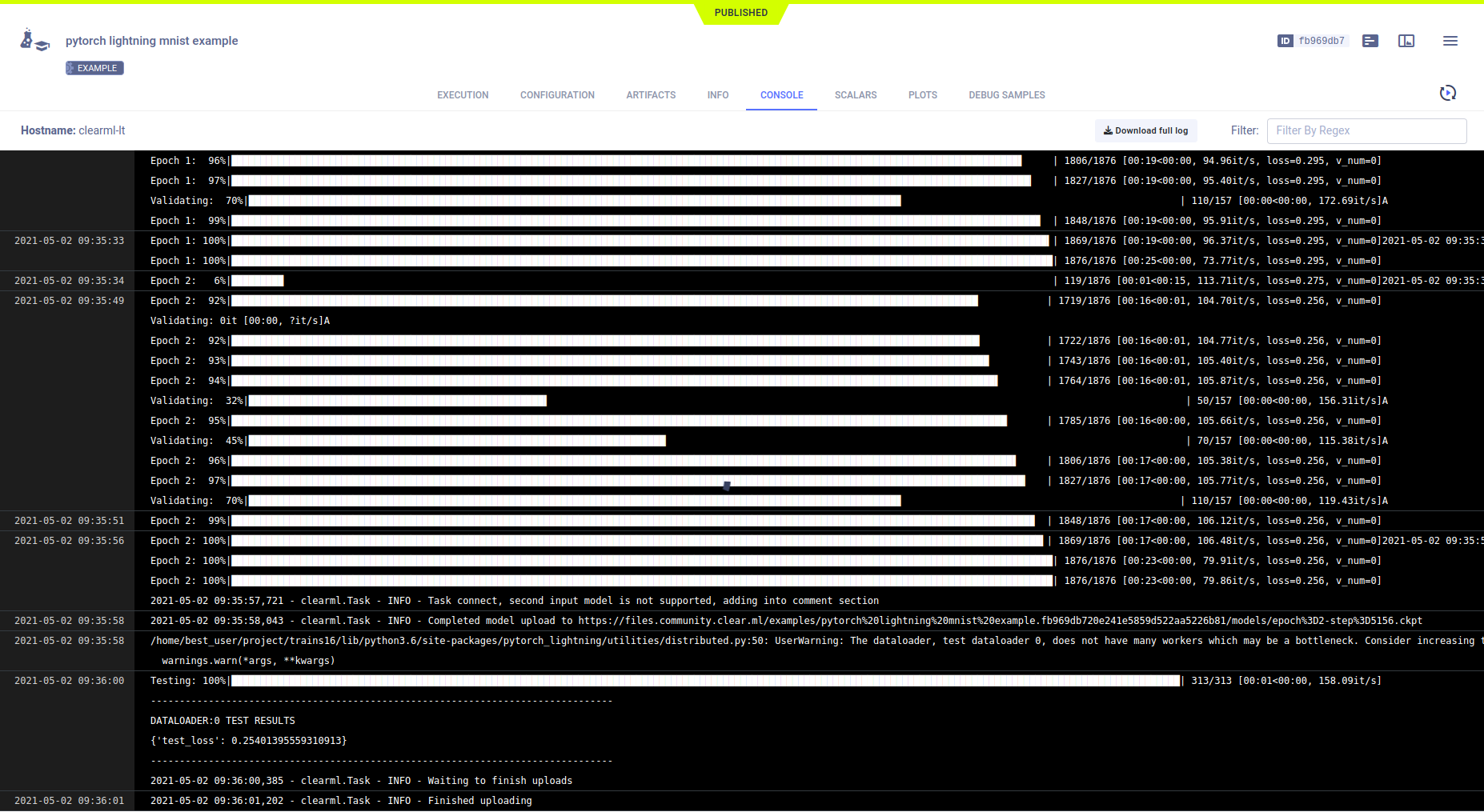