The pytorch_tensorboard.py example demonstrates the integration of ClearML into code that uses PyTorch and TensorBoard.

In the example script, the train and test functions call the TensorBoard SummaryWriter.add_scalar method to log loss. These scalars, along with the resource utilization plots, which are titled :monitor: machine, appear in the experiment's page in the ClearML web UI under SCALARS. 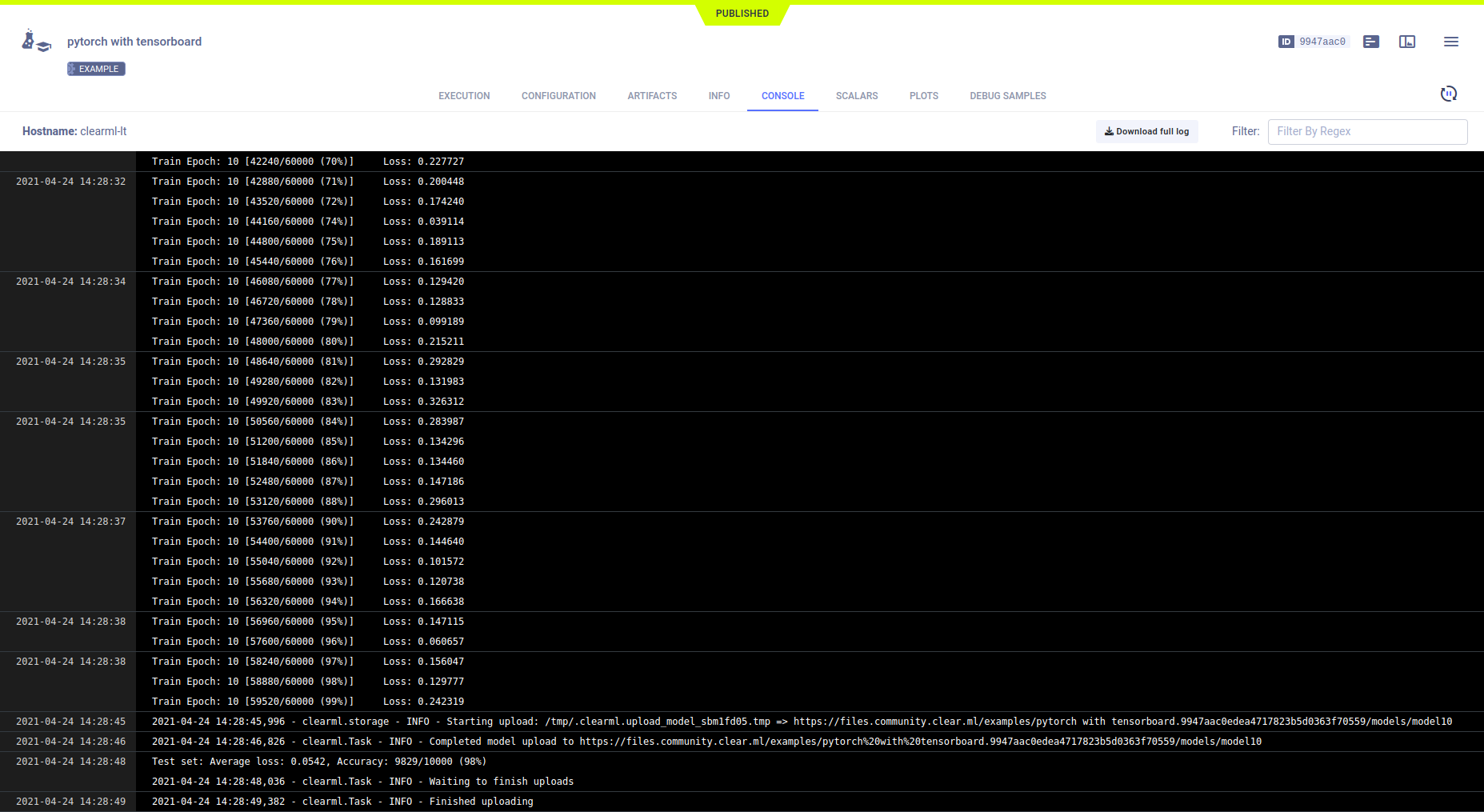 Models created by the experiment appear in the experiment’s ARTIFACTS tab. ClearML automatically logs and tracks models and any snapshots created using PyTorch.

Clicking on a model's name takes you to the model’s page, where you can view the model’s details and access the model. 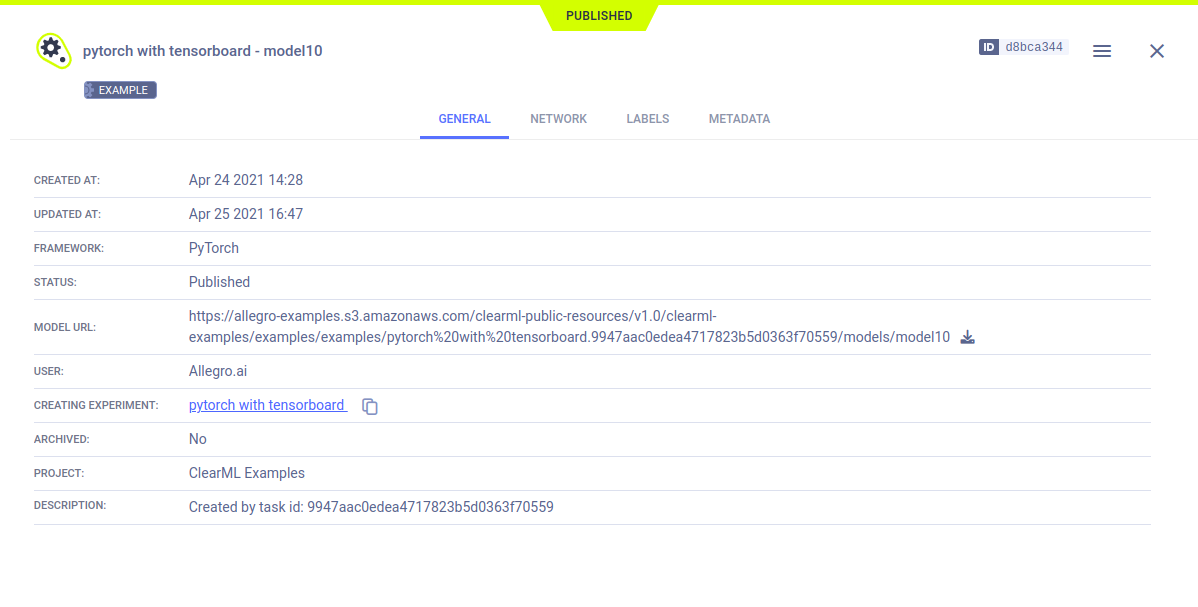