The example image_classification_CIFAR10.ipynb demonstrates integrating ClearML into a Jupyter Notebook, which uses PyTorch, TensorBoard, and TorchVision to train a neural network on the CIFAR10 dataset for image classification. ClearML automatically logs the example script's calls to TensorBoard methods in training and testing which report scalars and image debug samples, as well as the model and console log. In the example, we also demonstrate connecting parameters to a Task and logging them. When the script runs, it creates an experiment named image_classification_CIFAR10 which is associated with the Image Example project.

The accuracy, accuracy per class, and training loss scalars are automatically logged, along with the resource utilization plots (titled :monitor: machine), and appear SCALARS. 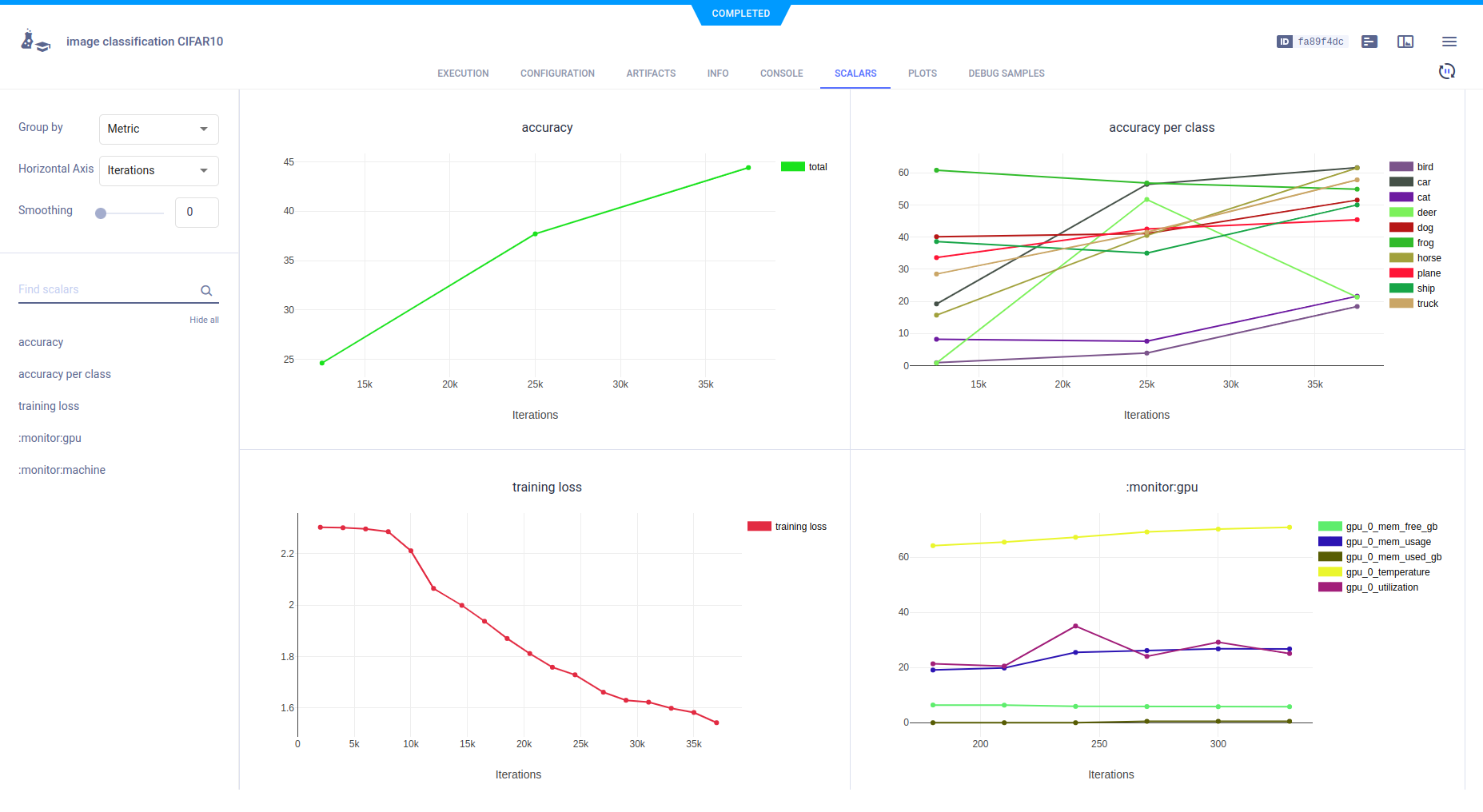 The image samples are automatically logged and appear in DEBUG SAMPLES. 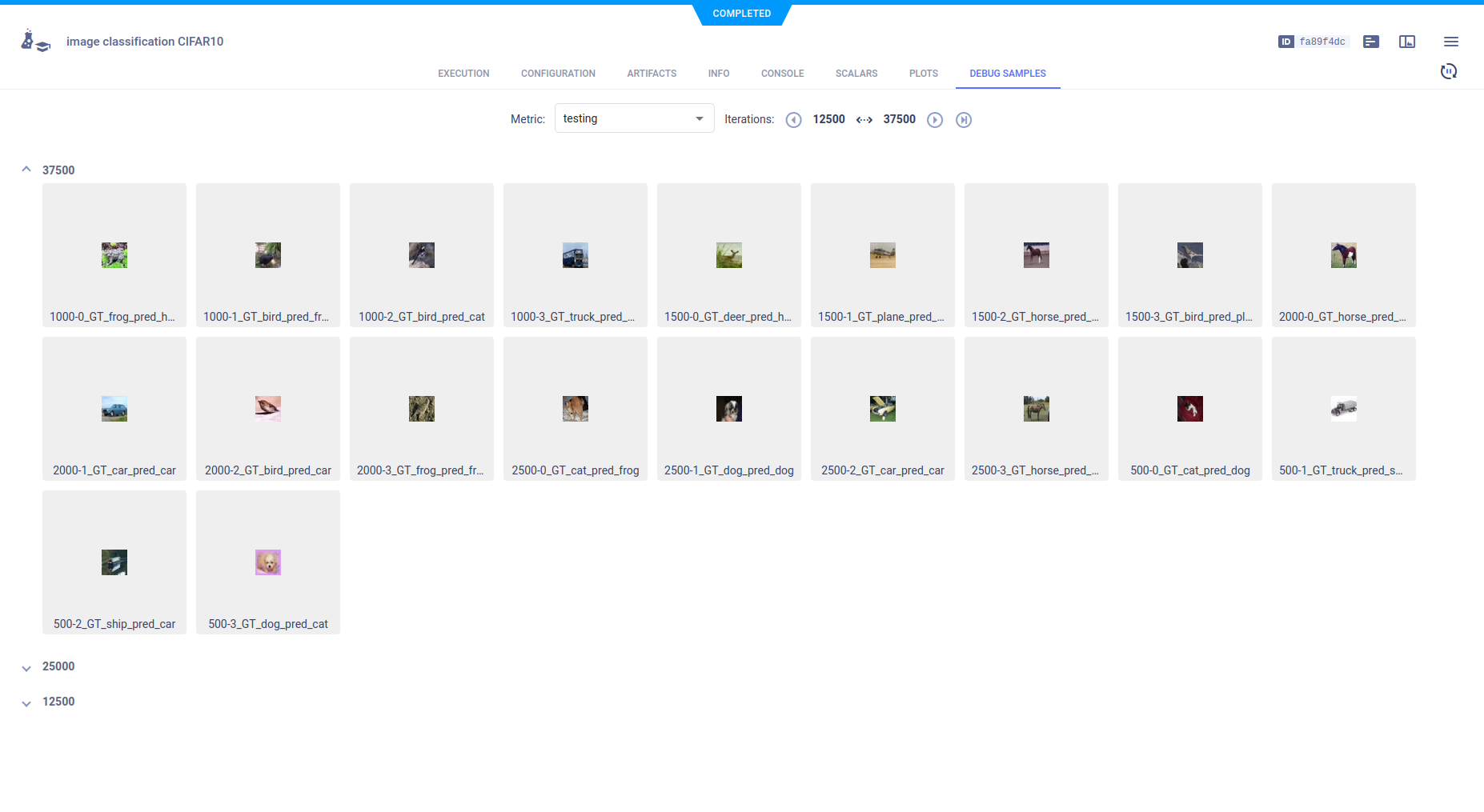 By doubling clicking a thumbnail, you can view a spectrogram plot in the image viewer. 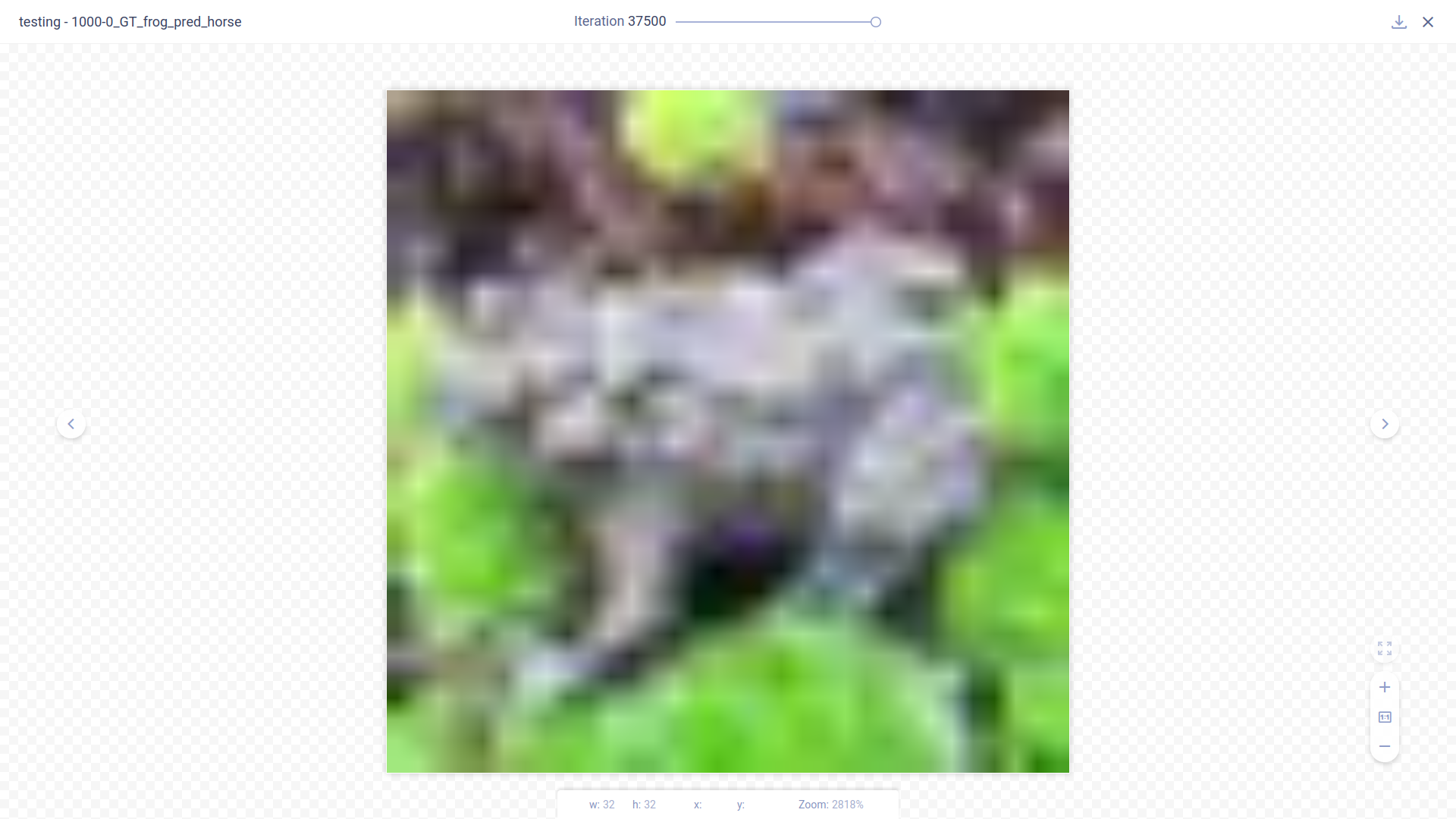 ClearML automatically logs TensorFlow Definitions. A parameter dictionary is logged by connecting it to the Task using a call to the Task.connect method. 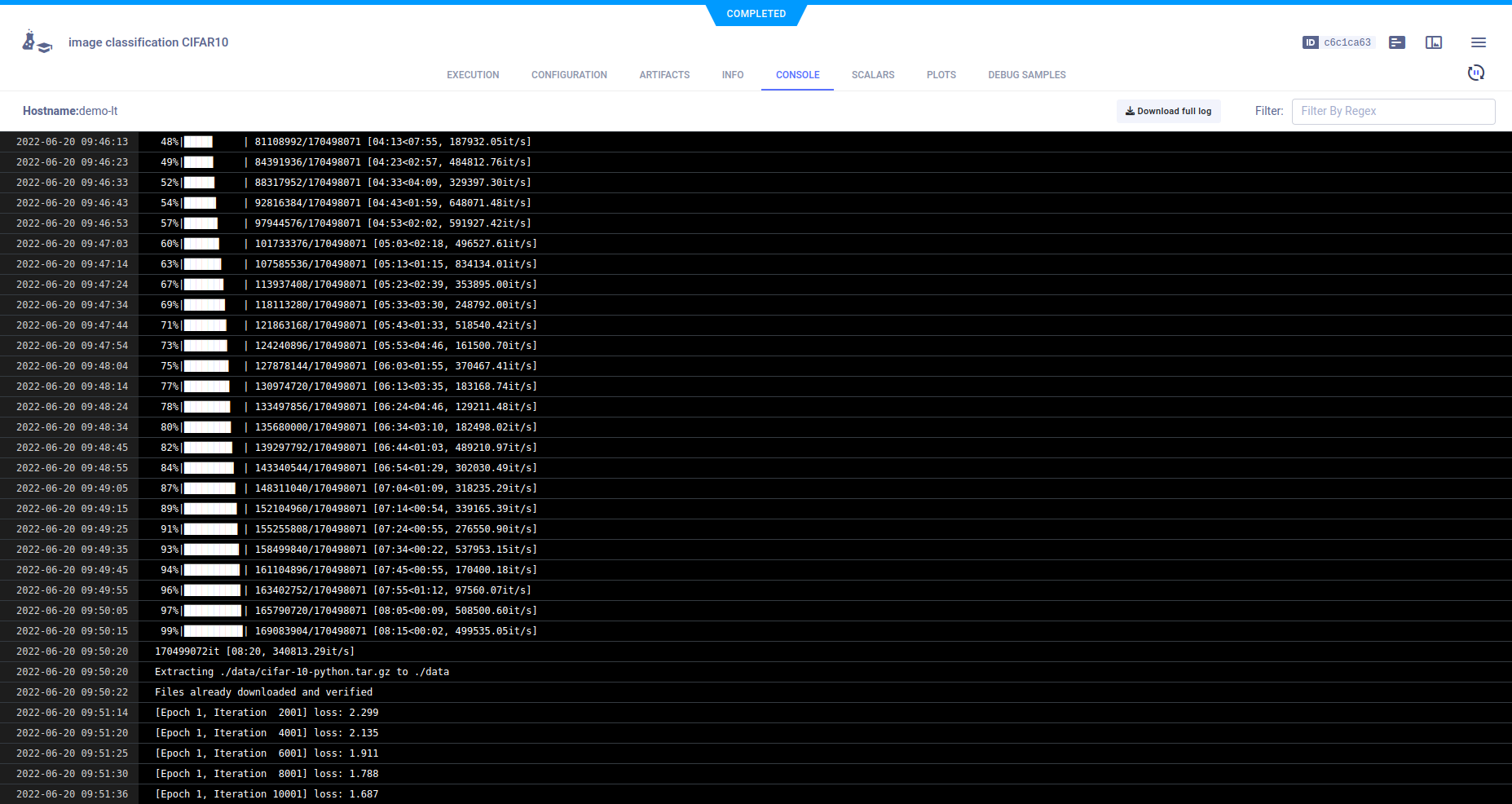