The jupyter.ipynb example demonstrates ClearML's automatic logging of code running in a Jupyter Notebook that uses Keras and Matplotlib.

The loss and accuracy metric scalar plots appear in SCALARS, along with the resource utilization plots, which are titled :monitor: machine. 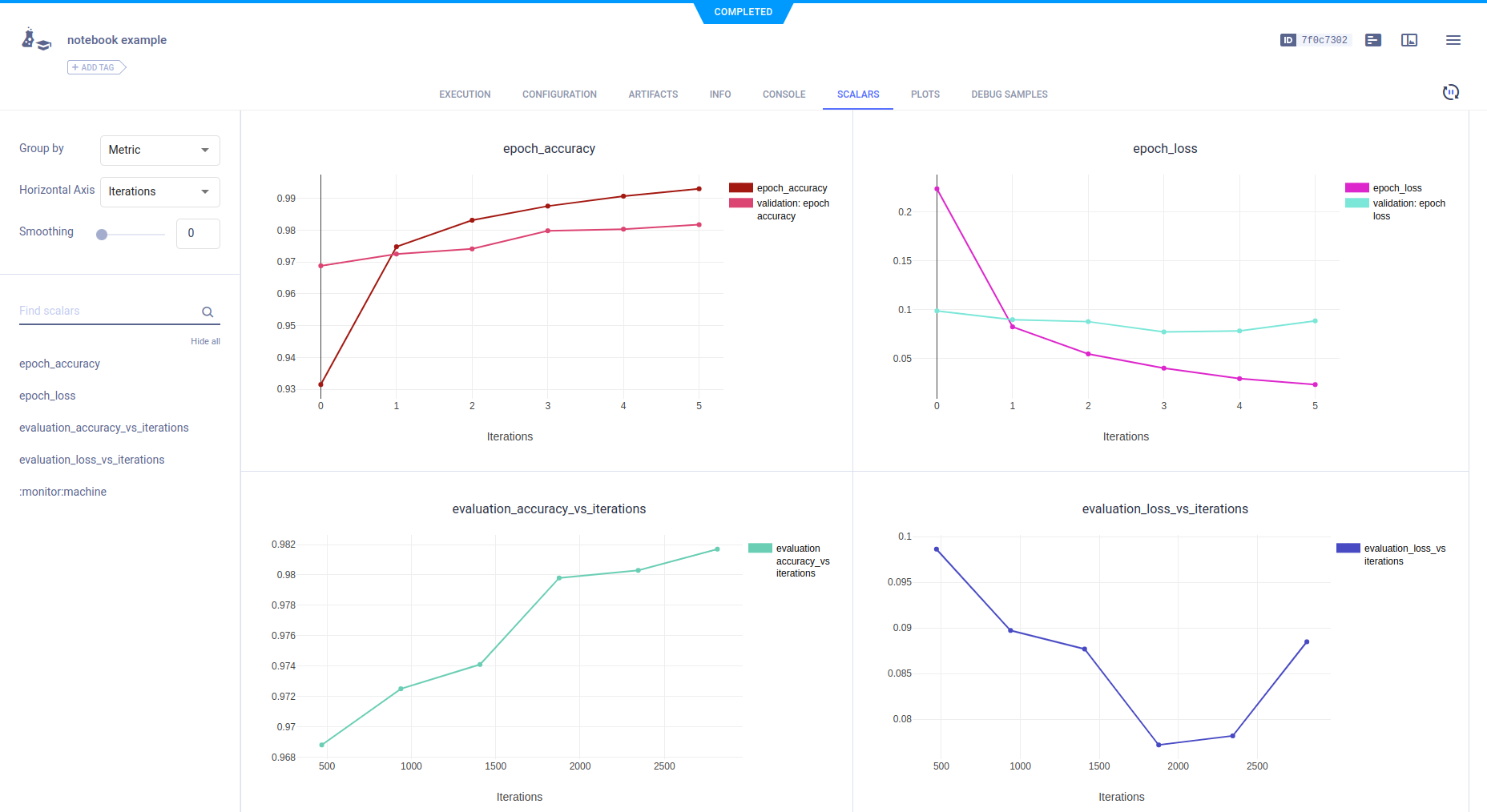 The example calls Matplotlib methods to create several sample plots, and TensorBoard methods to plot histograms for layer density. They appear in PLOTS. 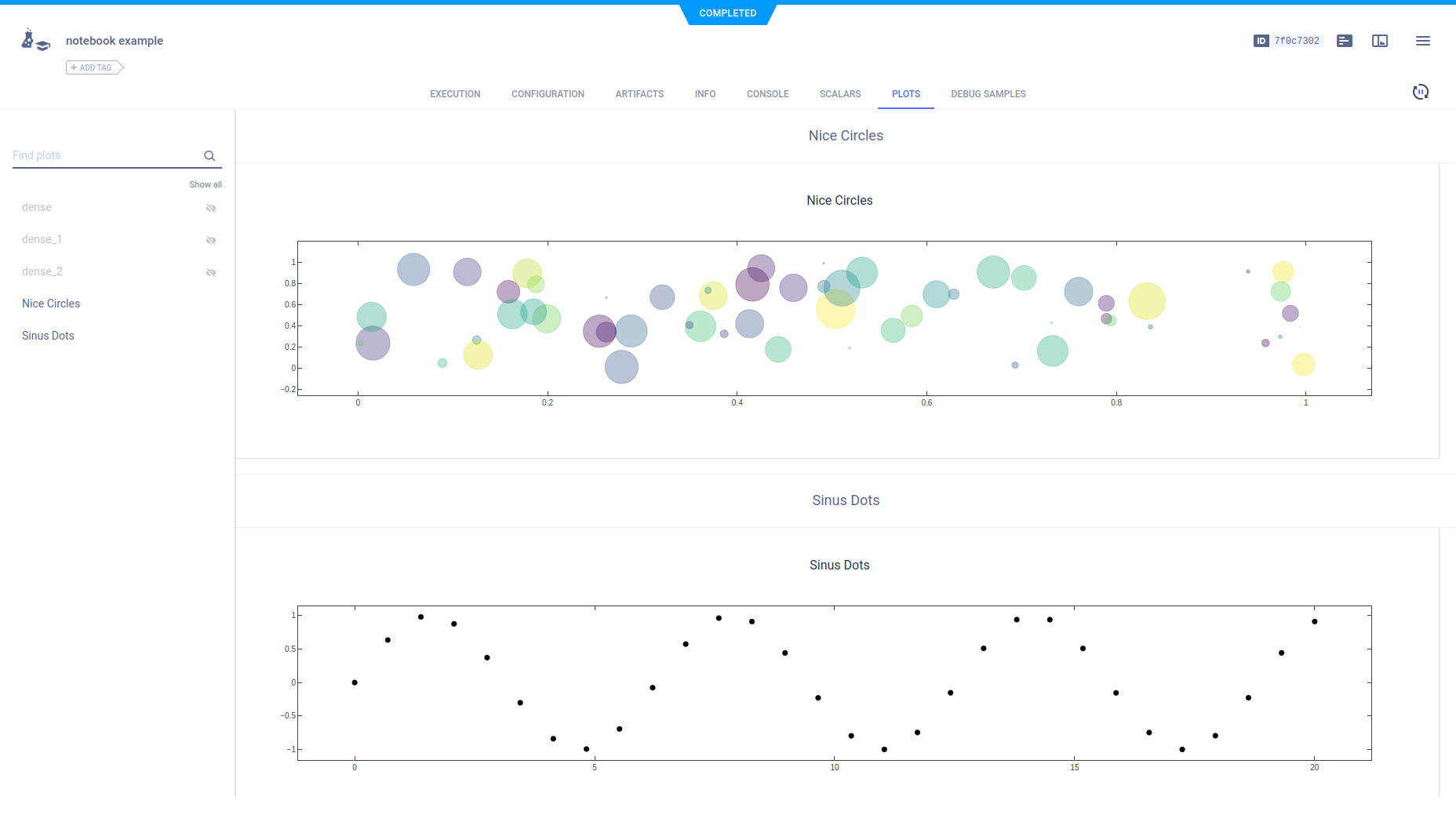 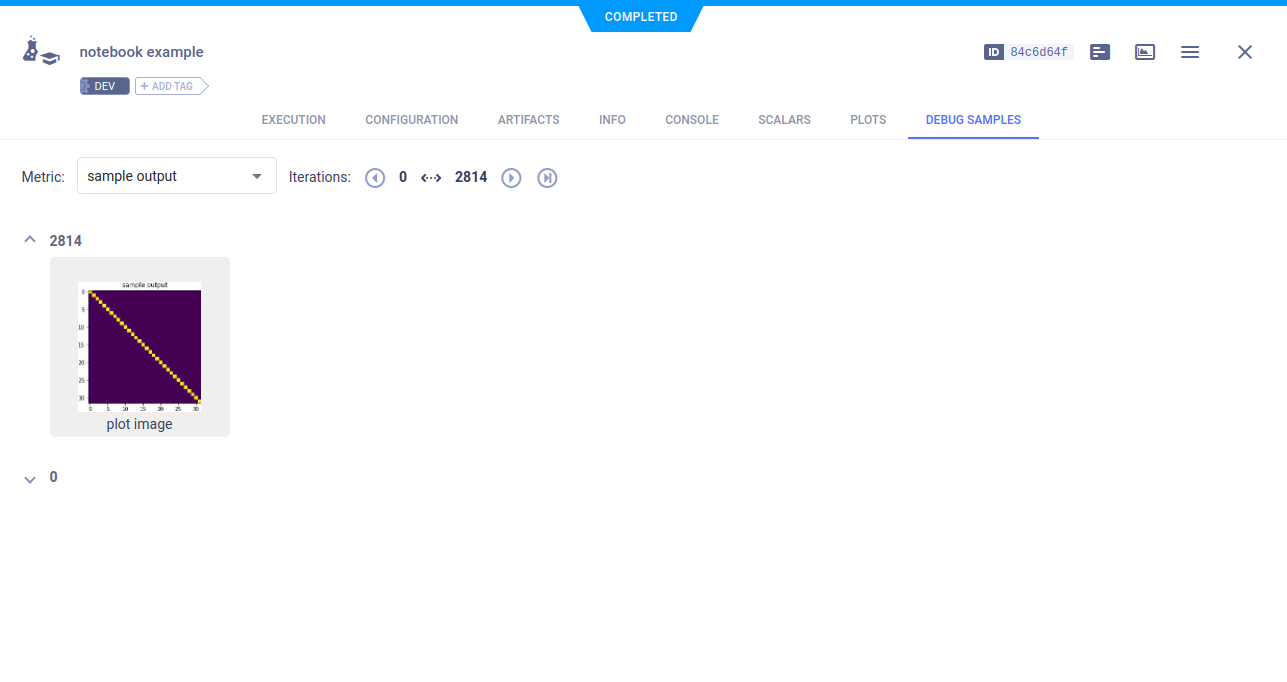 ClearML automatically logs TensorFlow Definitions. A parameter dictionary is logged by connecting it to the Task, by calling the Task.connect method.

Later in the Jupyter Notebook, more parameters are added to the dictionary.

The TensorFlow Definitions appear in the TF_DEFINE subsection. 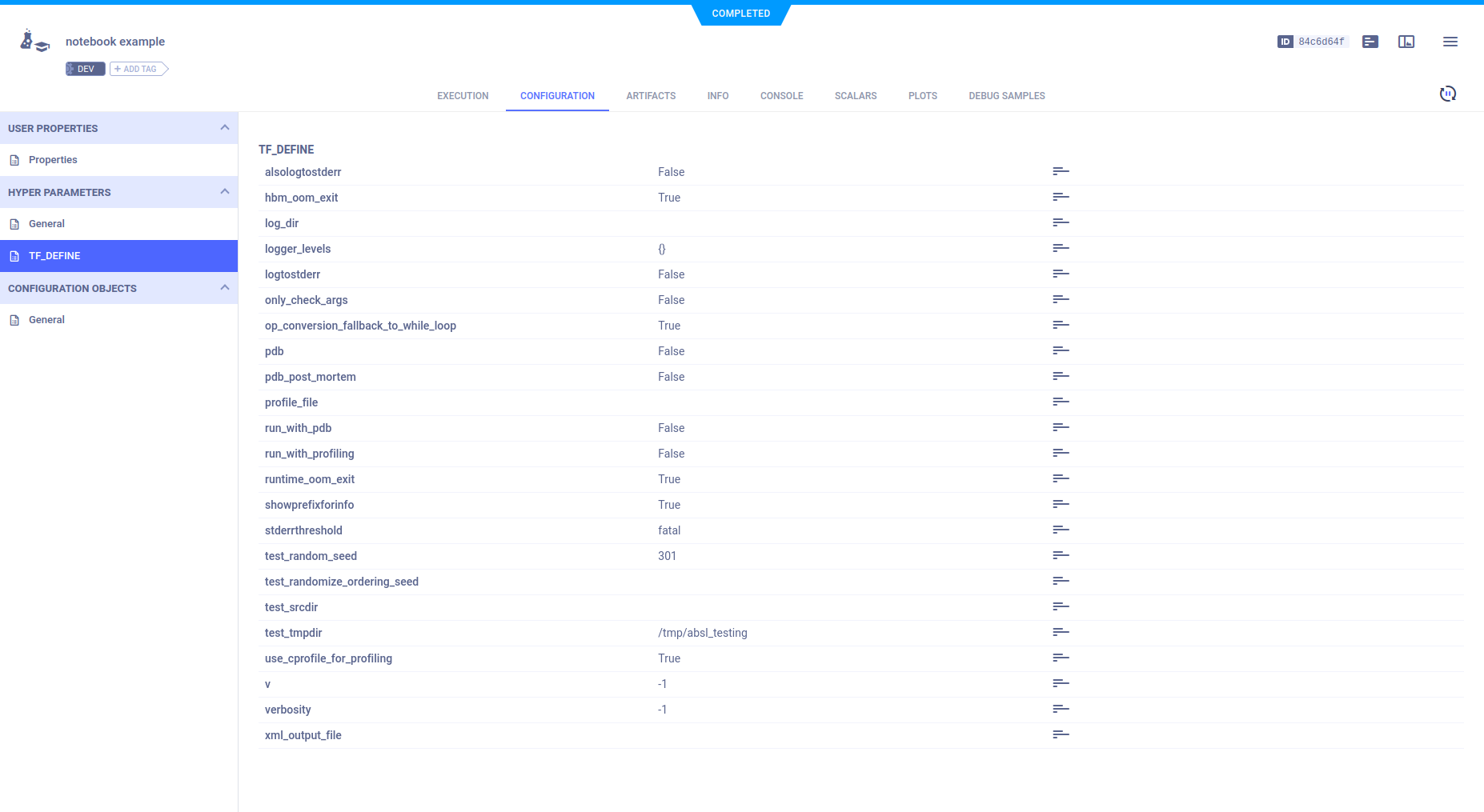 Text printed to the console for training appears in CONSOLE. 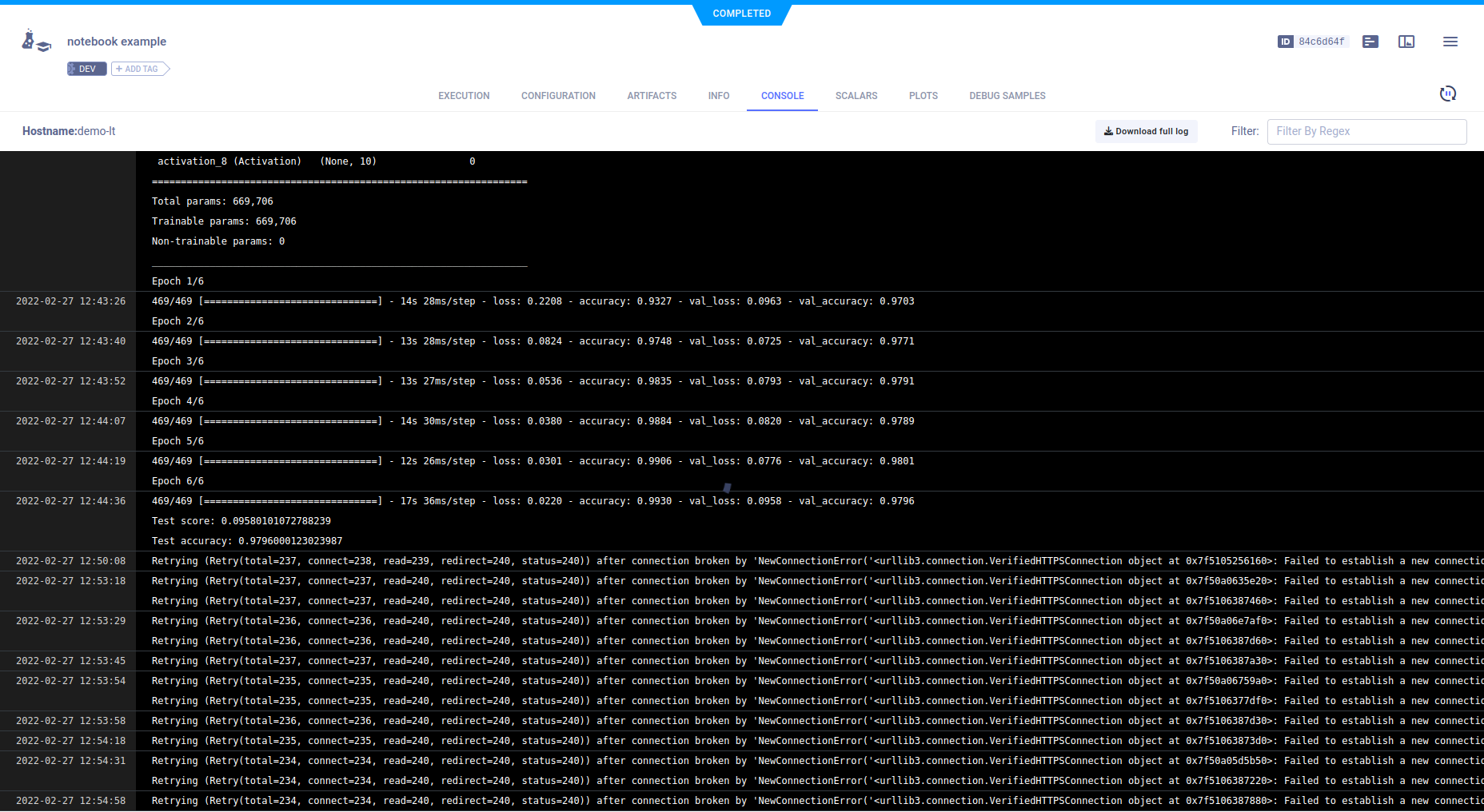 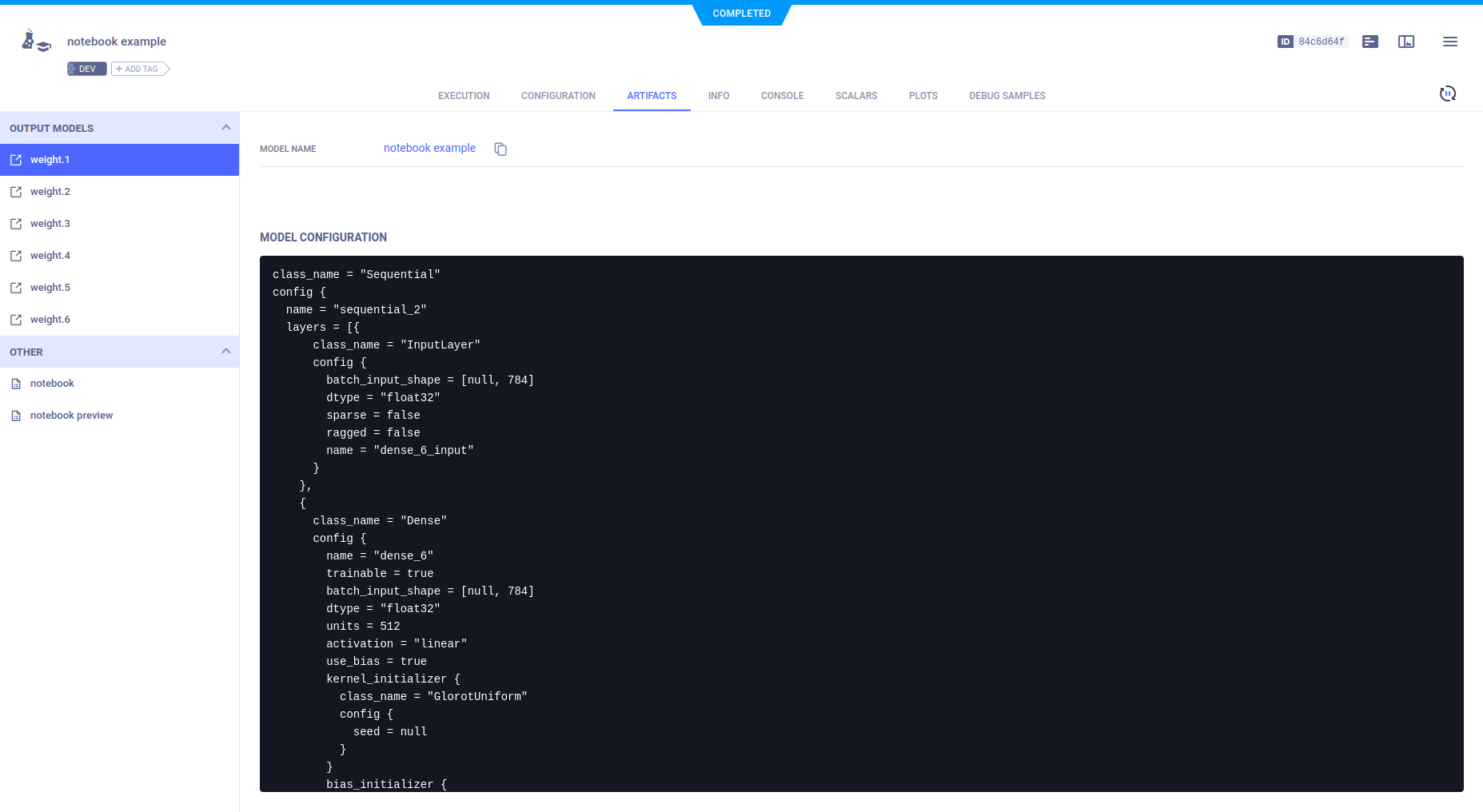 The model info panel contains the model details, including the model URL, framework, and snapshot locations. 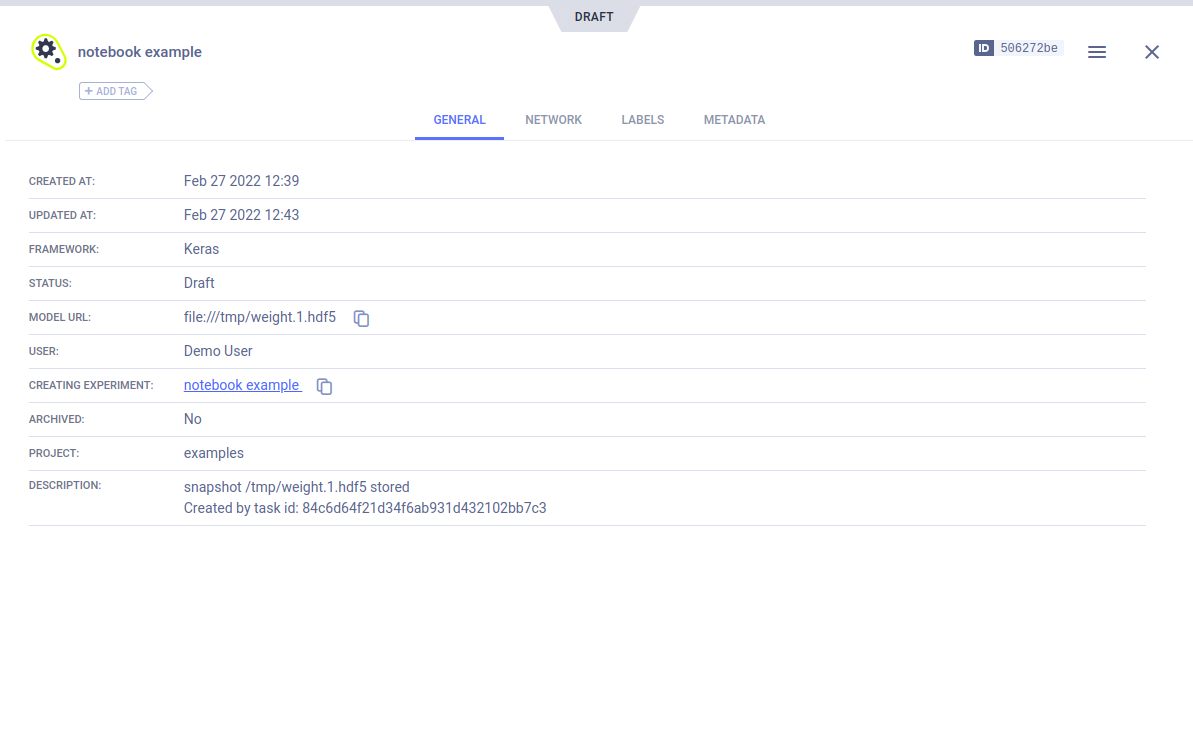