The loss and accuracy metric scalar plots appear in SCALARS, along with the resource utilization plots, which are titled :monitor: machine. 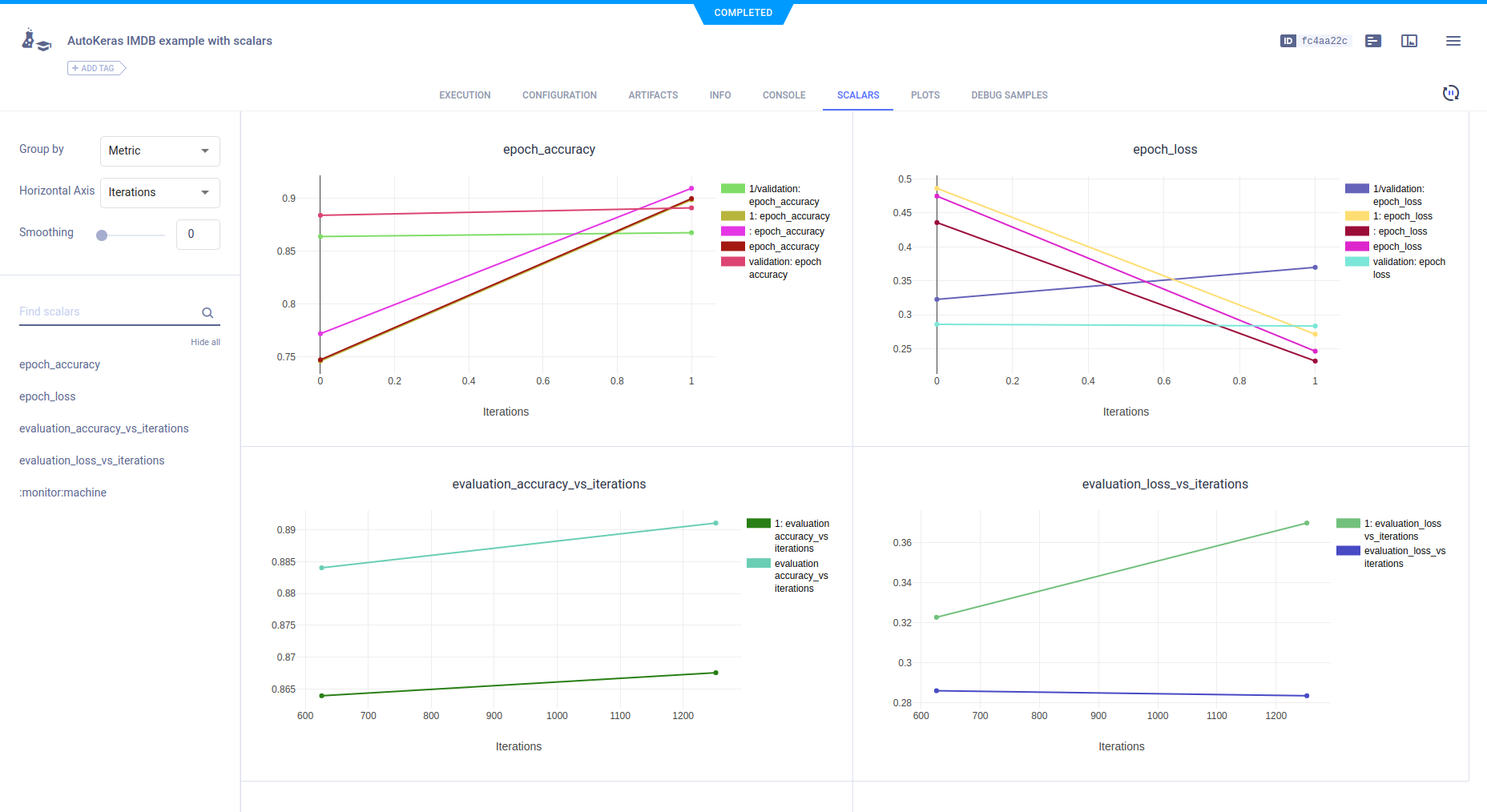 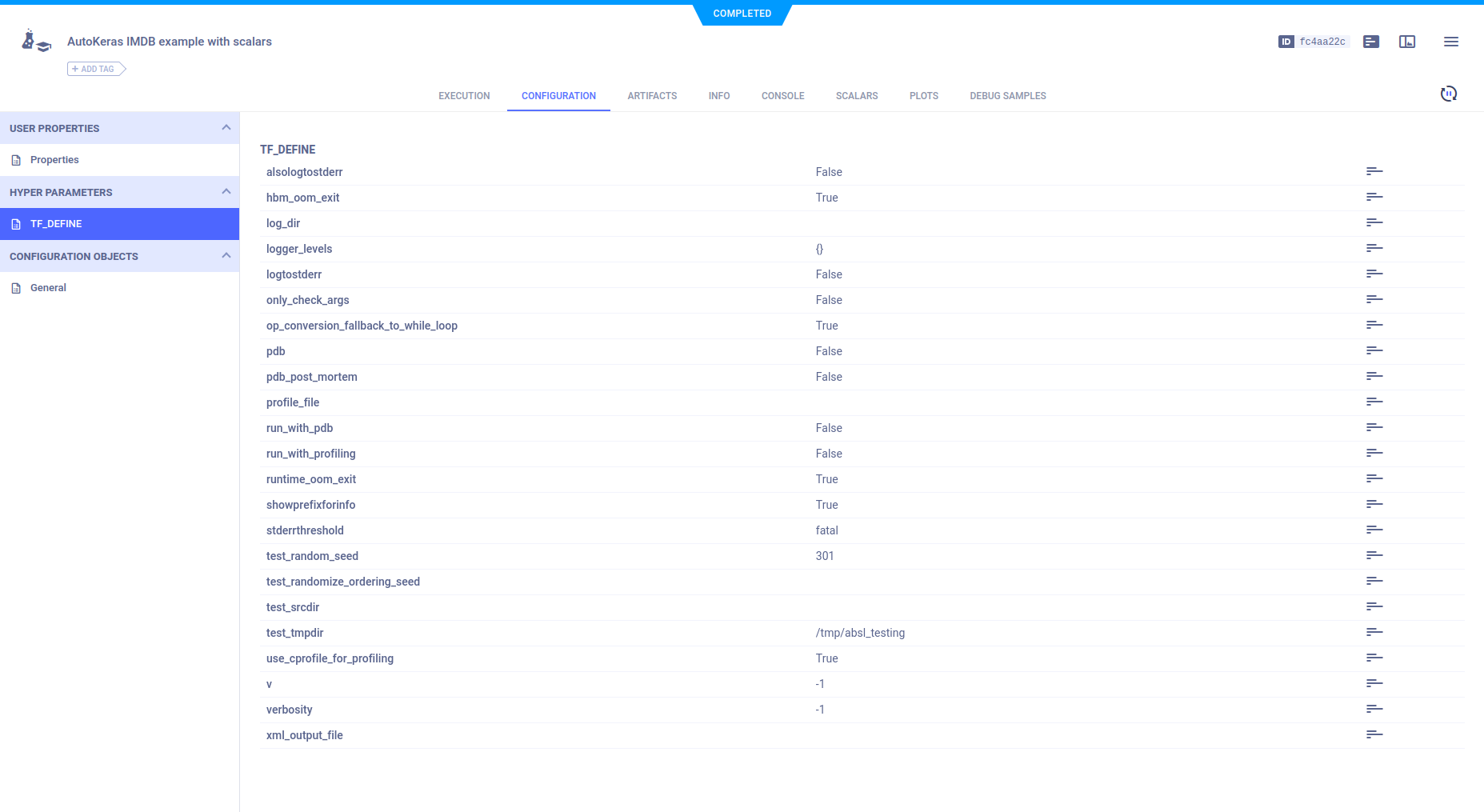 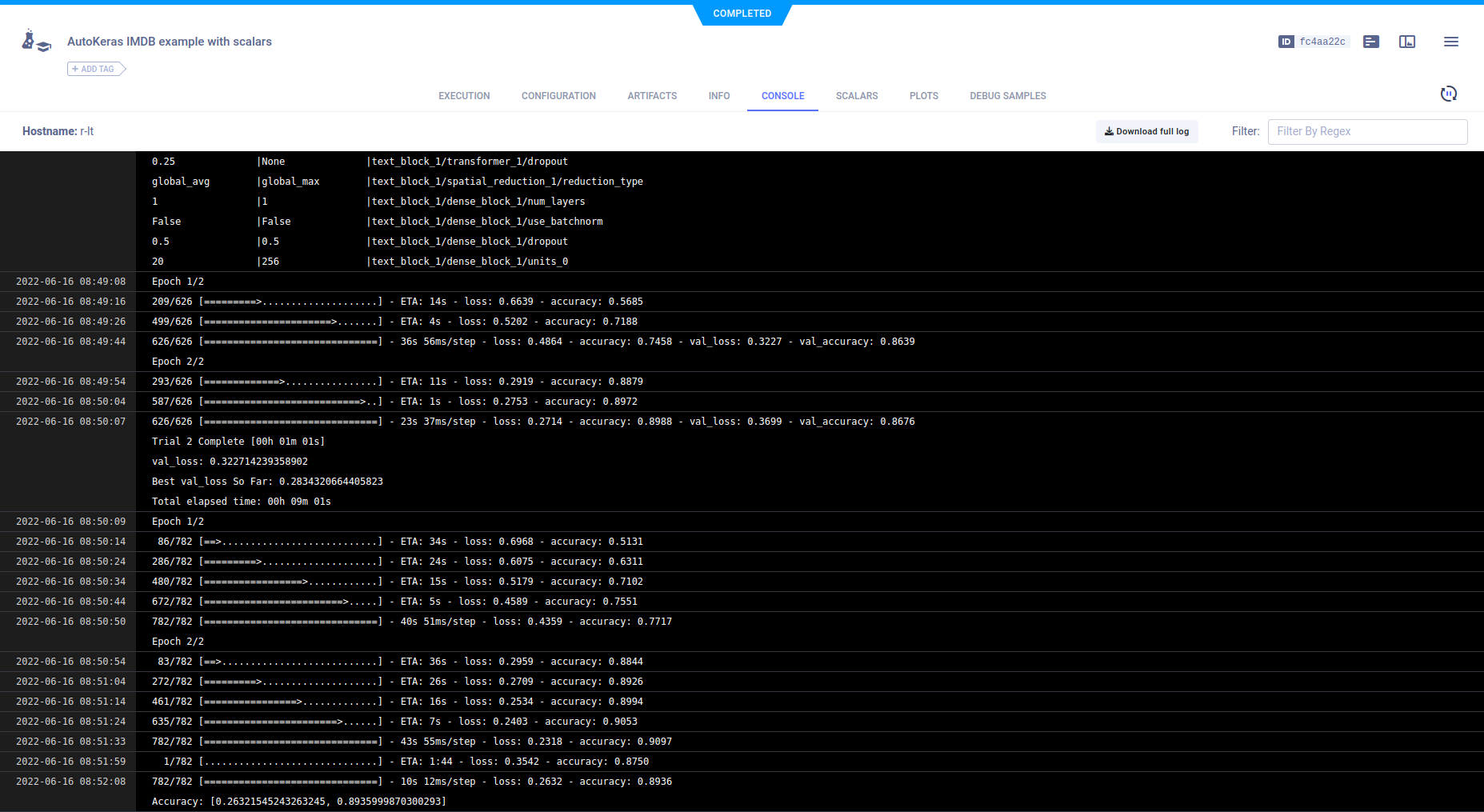 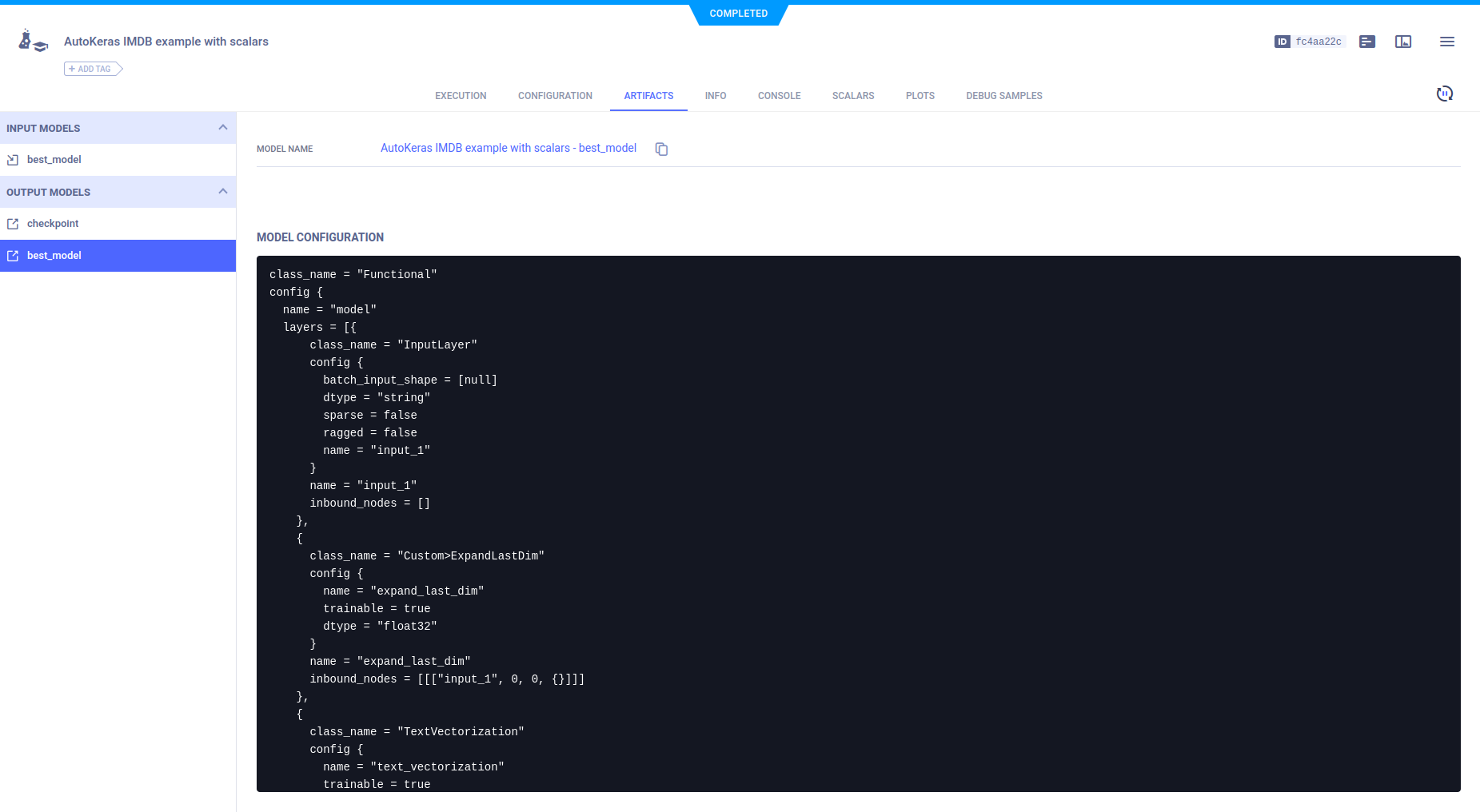 Clicking on the model's name takes you to the model’s page, where you can view the model’s details and access the model.