Notice: Trying to access array offset on value of type null in /home/773534.cloudwaysapps.com/vbjktqbzpx/public_html/wp-content/plugins/elementor-pro/modules/nav-menu/widgets/nav-menu.php on line 1445

Notice: Trying to access array offset on value of type null in /home/773534.cloudwaysapps.com/vbjktqbzpx/public_html/wp-content/plugins/elementor-pro/modules/nav-menu/widgets/nav-menu.php on line 1458

Notice: Trying to access array offset on value of type null in /home/773534.cloudwaysapps.com/vbjktqbzpx/public_html/wp-content/plugins/elementor-pro/modules/nav-menu/widgets/nav-menu.php on line 1469

Notice: Trying to access array offset on value of type null in /home/773534.cloudwaysapps.com/vbjktqbzpx/public_html/wp-content/plugins/elementor-pro/modules/nav-menu/widgets/nav-menu.php on line 1482
Menu
Free sign up
Technology

Stop Using Kubernetes for ML-Ops; Instead use Kubernetes 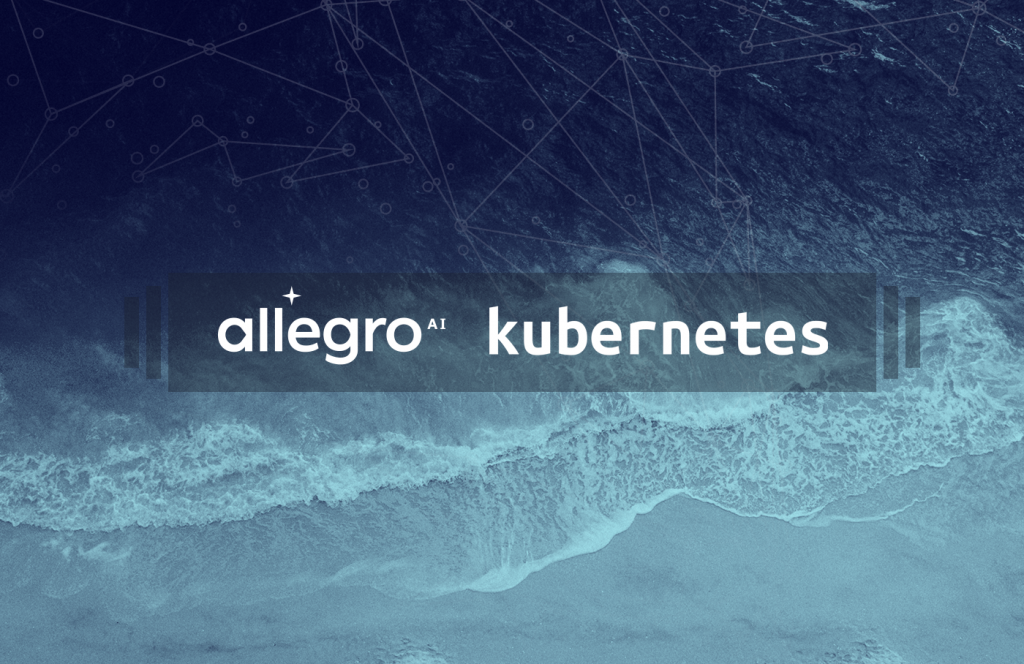 Or: How to Set up an Efficient Orchestration Environment for ML / DL on Kubernetes

If your company has already started getting into machine learning / deep learning, you will quickly relate to the following story. If your company is taking its first steps into data-science, here is what is about to be dropped on you. If none of the above strikes a chord, well it’s probably good to know what’s out there because data-science is all the rage now, and it won’t be long until it gets you too 🙂

The data-science team would like to keep developing their code on their laptops, but unfortunately for them, this is not possible. Their machines either lack memory or storage or they need GPU or several GPUs for added horsepower, and so they have to start working on remote machines. The code that they will be running on those machines will run from several hours to several days, and since it’s quite long, they obviously want to try different configurations / parameters and whatnot. DevOps to the rescue, you might think: let’s get them a K8s cluster and let them run their containers and leave us alone. Well, if only it was that easy…

To further explain this, let’s start with a quick set of rules you might be familiar with. Things you should AVOID doing on your K8s Cluster:

In a nutshell, the first rule of DevOps is: do not allow R&D teams to access your K8s cluster. This is your cluster not theirs 🙂

That said, with DL (and occasionally ML), the need to run heavy workloads is required from relatively early in the development process, and it continues from there. To top that, unlike traditional software, where a tested and (usually) stable version is deployed and replicated on the K8s cluster, in ML / DL the need is to run multiple different experiments, sometimes in the hundreds and thousands, concurrently.

In other words, unless we want to constantly set up permissions & resources for the continuously changing needs of the data-science teams, we have to provide an interface for them to use the resource we allocated for them.

Lastly, since we are the experts on K8s & orchestration in general, the data-science team will immediately come to us to support them in dockizing their code & environment. When things are simple, everything works. But since ML / DL code is unstable and packaging sometimes takes time, we will need to have it as part of the CI. Which means that the data-science team will have to maintain requirement/YAML files. And since these experiments are mostly ephemeral, we will end up building lots (and lots) of dockers that will be used only once. You see where this is going. Bottom line, someone needs to build something that dockizes the ML / DL teams’ environments, and I – for one – would rather not be that someone.

Let’s decompose the requirements list into its different ingredients:

Kubernetes is a great tool for us to manage the organization’s HW clusters, but it is the wrong tool to manage AI workloads for data science & ML engineering teams.

So, is there a better way? Of course! It’s called Kubernetes 😉

Since in most organizations K8s is already used for managing the organization’s HW resources, Trains Agent was designed to run on top of your K8s. However, ClearML can also manage orchestration directly on bare metal, other orchestration solutions such as SLURM or any combination thereof. In other words, it can utilize on-prem workstations to ease the load on the K8s cluster when everyone is at home.

From a K8s perspective, trains-agent-pod is just another service to spin, with exact multiple copies, with replicated setup, on different resources. Just like we would do with any other application running on our K8s. It also means you can seamlessly deploy the trains-agent-pod on multiple or single GPUs, share resources, mount storage etc. All to the comfort of the AI teams.

The data science team and ML engineers interface with the K8s nodes is facilitated through a totally different interface. They view trains-agent-pods as nodes on their own “cluster”, for which they are given the ability to launch their jobs (experiments) directly into the trains-agent execution queue, without interfering with any of the K8s schedulers.

What the trains-agent-pod does is to pick a job from the ClearML job execution queue (with priorities, job order and a few more things), then set up the environment for the job, either inside the docker or as sibling docker, and monitor the job (including terminating it if the need arises).

his means ClearML maps a trains-agent-pod resource to exactly one job (as expected) and divides management into two parts: resource allocation, provisioned by Kubernetes; and job allocation & execution performed by the ClearML system.

Here is how it works from A to Z:

The DevOps team is only needed when new HW resources need to be allocated or resource allocation needs to be changed. For everything else, the users (read: AI team) self-service through the easy to use ClearML web interface, purposely built for their needs, while letting us, the DevOps team, manage the entire operation.

To summarize, here is what you need to do to make your life almost perfect:

To learn more about how to install ClearML & Trains Agent and get started, refer to the documentation or watch the quick introductory video. If you’re an Nvidia customer, you can read more here or get started quickly from the ClearML NGC container.

Hey Stranger.
Sorry to tell you that this post refers to an older version of ClearML (which used to be called Trains).

We haven’t updated this yet so some, commands may be different.
As always, if you need any help, feel free to join us with Slack